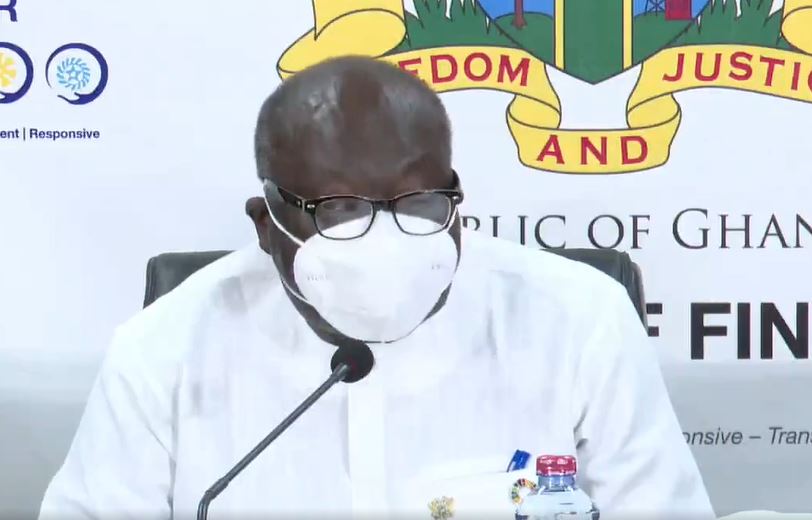 The National Communications Officer of the National Democratic Congress, Sammy Gyamfi has maintained his stance on the need for President Akufo-Addo to reshuffle the current crop of ministers

He particularly wants the Finance Minister, Ken Ofori-Atta, to go.

Speaking in an interview on Joy FM’s Top Story on Monday, he contended that the Finance Minister is like stale water in a bottle, adding that “there is no reason he must still be in office.”

In local parlance it is said that when water gets stale in a bottle, it stinks.

According to him, “the earlier he is fired for a more competent hand to take to charge, the better for us.”

President Akufo-Addo in an interview on Tamale-based North Star FM ruled out any reshuffle of his ministers.

He said he is of the view that some of the calls come with ulterior motives.

He, therefore, stated that he won’t heed to plans of the NDC to destabilise his government.

“The calls come for all kinds of reasons; NDC wanting to destabilise the government is one. There are people who are also looking for jobs.”

In response, Mr. Gyamfi stated that the President’s claims are not true and not borne out of facts.

He explained that “there are many people in this country journalists, public servants, NPP supporters who have called on the President to reshuffle his non performing ministers.”

According to him, President Akufo-Addo’s comment, clearly indicates that he has lost touch with the realities in the country.

“If there is any doubt that President Akufo-Addo has lost touch with the realities in Ghana today, this latest comment of his should clear any such doubt.

“It should settle the fact that we have a President who is not in tune with the happenings in this country and the feelings and sensibilities of people in this country,” he said.

Mr. Gyamfi added that the Finance Minister’s deeds that have led to the country’s downgrade by Moody, Flinch and S&P also confirms his assertion.