Give adequate support to businesses to enhance growth—Regional Minister 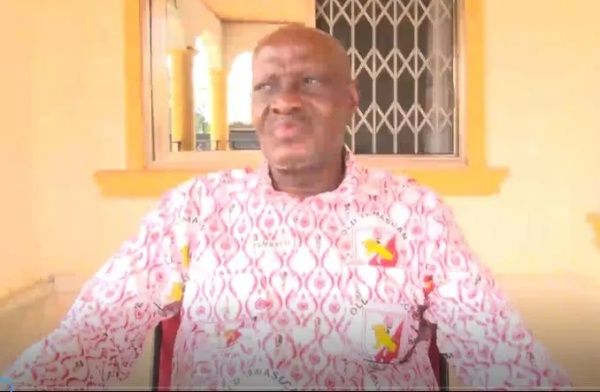 A retired public servant Mr. Samuel Kwasi Ankamah has laid credence to the fact that current Vice President Dr. Mahamudu Bawumia was indeed a member of the Boys Brigade of the Methodist Church.

He described Dr. Bawumia as a unifier who does not discriminate on religious lines, explaining that it was a lifestyle he grew up with wondering why many are trying to make a mockery of his disclosure that he was once a member of the association in the church.

Dr. Bawumia while speaking at the launch of the 175th-anniversary celebrations of the Evangelical Presbyterian Church Ghana (EPCG) last week underscored the need for peaceful co-existence between the different religions in Ghana.

His comments appeared to have been given a slant by some propagandists who tried making political capital of them but his senior has mounted a spirited defense.

According to Mr. Samuel Kwasi Ankamah Bawumia’s quest for religious tolerance is not new to him because they grew up together and as an elder brother he saw those traits in him

“I want to confirm that Dr. Bawumia the current Vice President was indeed a Brigade member. When we were children, he joined us at the Methodist Church in Tamale. We had two sections; the seniors and the juniors and he was with the juniors with my younger brother Kwame Brefo Ankamah  and my other brother called Raja”, he disclosed

“I wish to add that he somebody who is a unifier in the sense that he does not discriminate among religions. I would say because he is a Muslim he would not join Christians in worship. I remember when our mother died, he came for the funeral on a Saturday. I come from Nsuta Kyebi and the Church Service was held at Nsuta…he came for the funeral after that he left. I thought that was all until Sunday while we were at home preparing for Church he had already arrived with his wife and was at the Church premises. He joined us in the services”, he added.

Give adequate support to businesses to enhance growth—Regional Minister