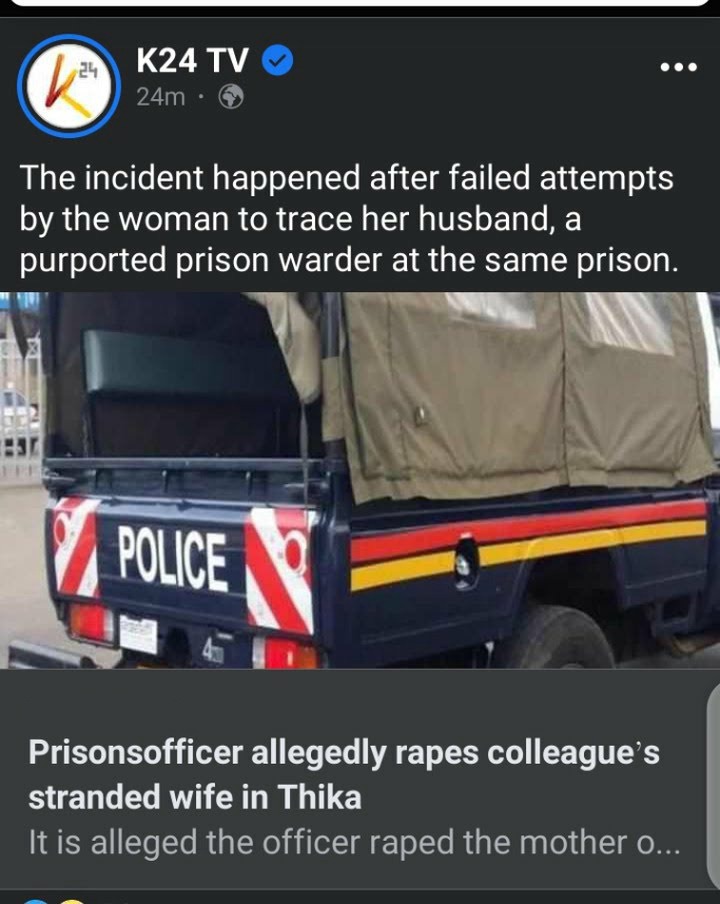 A Thika prison officer has been arrested by the police for allegedly raping a stranded 21-year-old woman, while pretending to be accommodating her in his house. The victim went to him for help to know her husband’s where about but Amos asked to come in the night and aggressively raped her.

The woman reportedly came to the prison around 10 pm to search for her husband, but after a failed attempt to trace him, the suspect offered to help her for the night since they came from the same tribe. He offered her shelter and forcefully raped her to his satisfaction.

“He left the house for me but deep in the night, he came back. He threatened to shoot me if I raised alarm. The next day, I went to the prison authorities to continue searching for my husband, but I still couldn’t trace him.”

The victim never reported him to the authorities she continued searching for her dear husband while pretending as nothing happened. After writing statement about her missing husband she then reported the officer that raped her and took advantage of her despite knowing she’s married to his colleague. 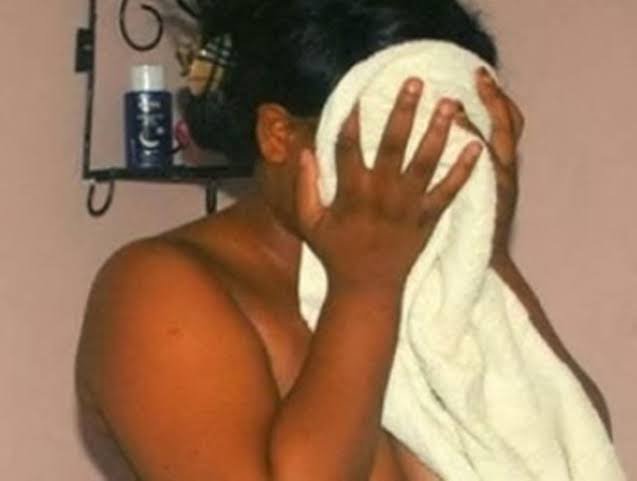 The police officer claimed he didn’t force her she agreed to engage in the act with him. Meanwhile he has been arrested while the victim is traumatized and nursing pains.