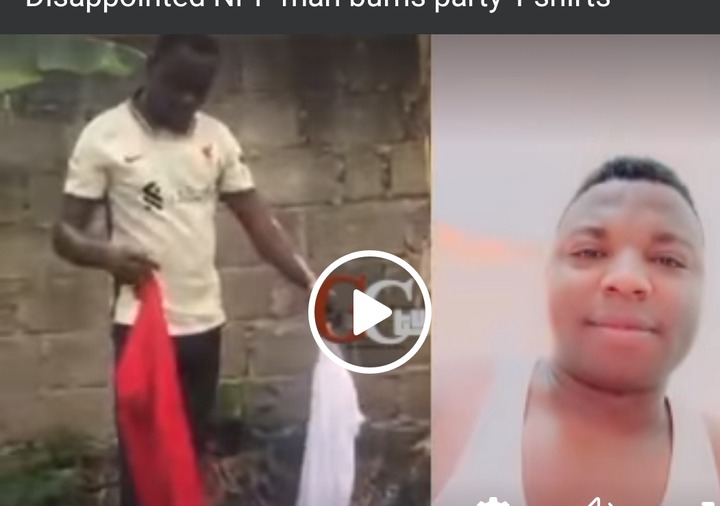 People have expectations for supporting various political parties and when their expectations are not met, they sometimes turn bitter.

A video of a disappointed NPP man burning his NPP T-shirts have got people talking. In the video the man packed many shirts and started lamenting about the Ghana card which has been made compulsory for all bank transactions.

He said he has gone through the Ghana card process yet he hasn’t received it. According to him when he goes to the bank, they say they won’t withdraw money for him because he don’t have Ghana card. He also complained about the SIM Card Registration.

According to him he voted for NPP to build the nation yet NPP has failed. He said Mahama did the best but only the dumsor issue was what caused his defeat.

You may watch the video by clicking on the blue link.

Some people have shared their views on the video of the man burning NPP T-shirts.

“Good how now party footsoldiers are reasoning well, how can a party have strong and energetic youths and keep only old rich employees in power and only use the youth during elections.” A user wrote.e 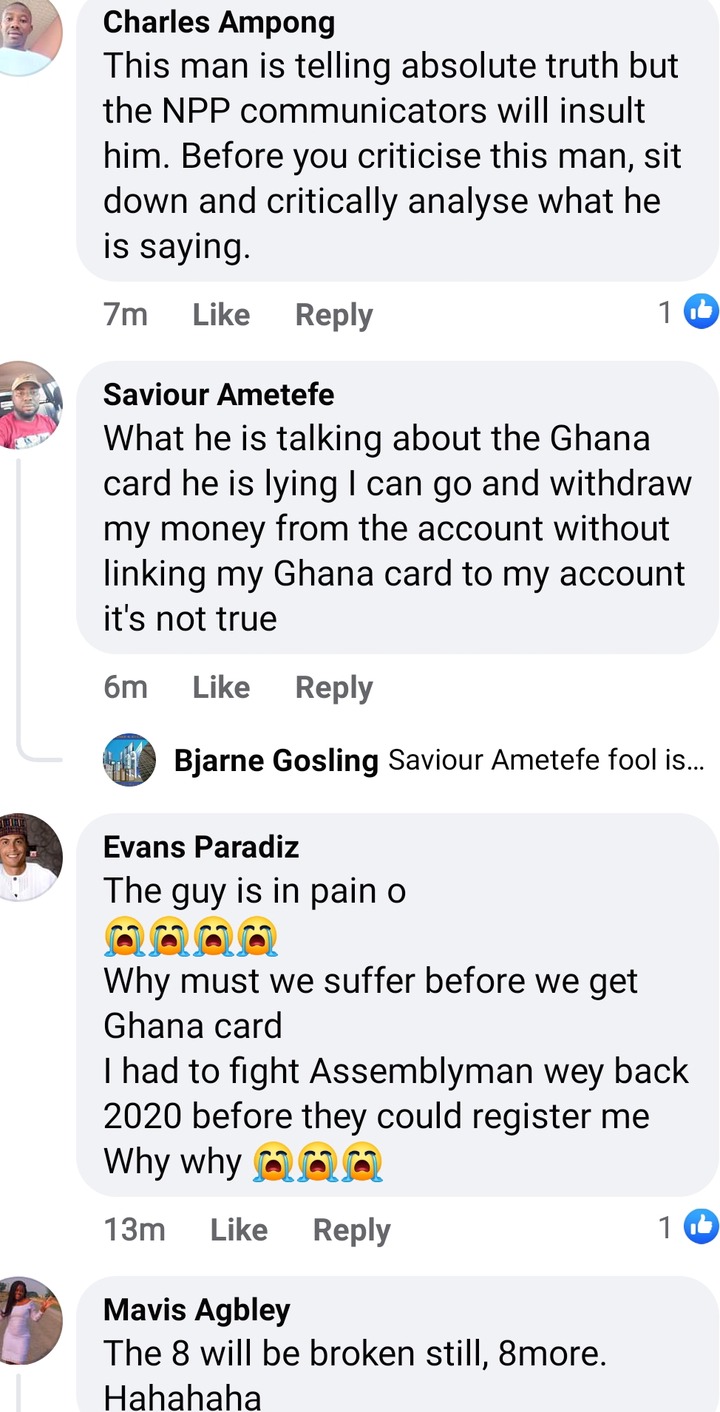 Others also said that, Ghana Card is part of building a great future so the guy should be patient.