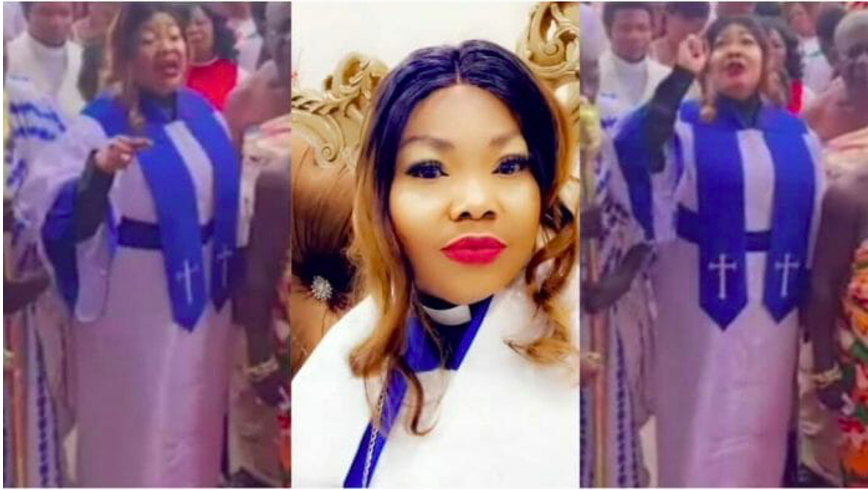 Many Ghanaians can still recall Nana Agradaa burning her idols and being baptized in a pool with the mandate to become an evangelist proclaiming the word of God.

In July 2022, she announced that she was going back to her former ways as Nana Agradaa because she had lost the respect of the community.

As we awaited her arrival back in Agradaa, we witnessed the priestess who had repented receiving her apostleship.

And on Sunday, July 31, 2022, there came a contentious video of Nana Agradaa being prayed for and anointed by four men of God and a woman of God.

Many people were perplexed by the video right away, but their uncertainty only grew once it was reported that the Ghanaian fetish priestess, Evangelist Patricia Oduro Koranteng, also known as Nana Agradaa, had been ordained as an Apostle of God in the video.

After her apostleship, she has come out from her hiding to say a big thank you to all those who were able to grace the august occasion as well as those who supported her in any means possible.

At the beginning of her remarks, she announced that henceforth she should be addressed as ‘Rev. Dr Prophetess Evangelist Mama Pat’ for the godly works she’s about to do will shake the world.

As a reminder, an “Apostle” has a call from God to establish and oversee churches and has verifiable churches and spiritual sons in the ministry.

It is unclear if Agradaa meets all these qualifications but she was seen being ordained. The identity and positions of the pastors who conferred the announcing on her have also come under public scrutiny.

You’re all depressed and hungry

I’m Not Responsible For Your Hardship