“People Hire Me To Cry At Their Funerals”-Veteran Singer, Maame Ode Reveals 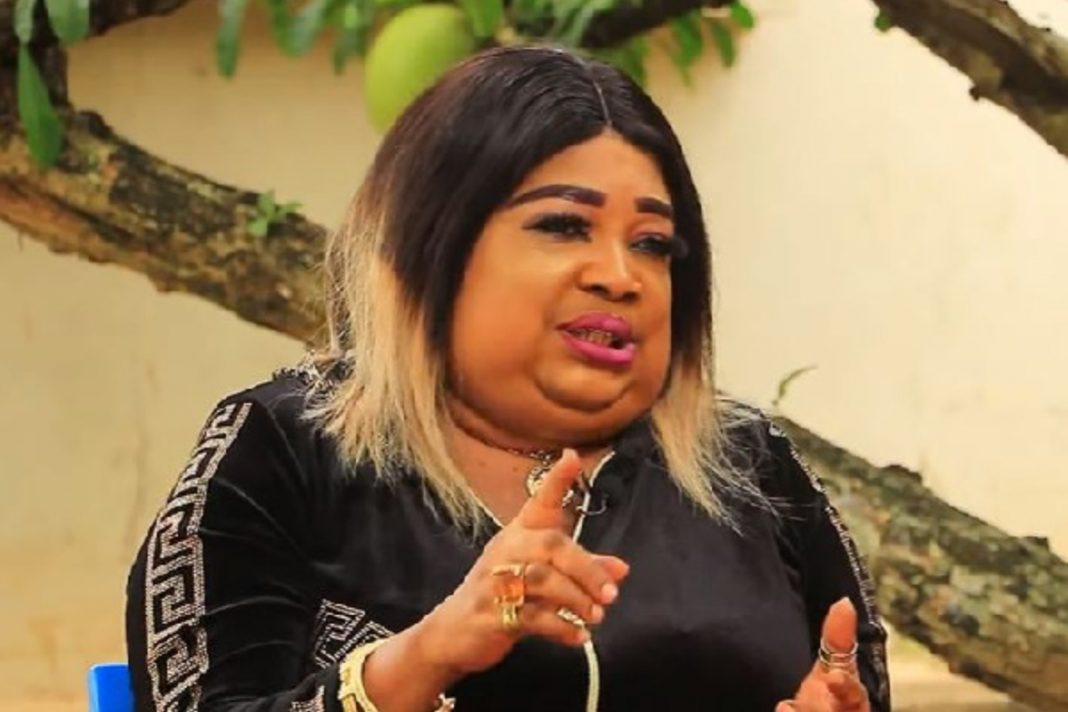 Veteran Ghanaian musician broadly known as Maame Ode has revealed in a latest interview what she does for a living aside from music.

READ ALSO: “No More Drinking & Smoking”-Medikal Vows As He Plans To Dedicate His Time To His Upcoming Album

Speaking in an interview with the media icon, Deloris Frimpong Manso on the Delay Show, Maame Ode who is known for her most viral song “Aputor” revealed that she is sometimes contracted by people to cry at the burial of their loved ones.

She revealed that even though sometimes she knows nothing about the deceased or never had any connections with them, the moment she sees the corpse, she begins to weep uncontrollably.

Maame Ode in the yet-to-be-premiered episode of the Delay Show revealed that it depends on the funeral arrangements and the number of days the corpse will be laid in state before burial.

She added that she can weep uncontrollably and say all manner of things at the funeral but she knows little about the deceased or how they even died.

In other news, award-winning Ghanaian rapper, Samuel Adu Frimpong, widely known in music circles as Medikal has verbalized one of the main things he hopes to accomplish before he departs from this earth.

In a tweet, the AMG Business rapper stated that he plans on helping all his buddies accomplish great things in life and also have a taste of the success he has tasted in the music career before he finally gives up the ghost.

He said that he plans to do this for as many of his friends as possible before he dies. Well, Medikal has been known to be one of the few musicians in Ghana who have helped a lot of upcoming musicians in the country.

It is rumored that he has done a lot of collaborations for upcoming and underground musicians without charging them a dime for his verses.

Medikal stated that he would want anyone to shed tears at his funeral because after he is able to accomplish this, he will be fulfilled and known to have lived his best life before his death.

‘God can use anyone to do His work’ – Ohemaa Mercy