You’re all depressed and hungry 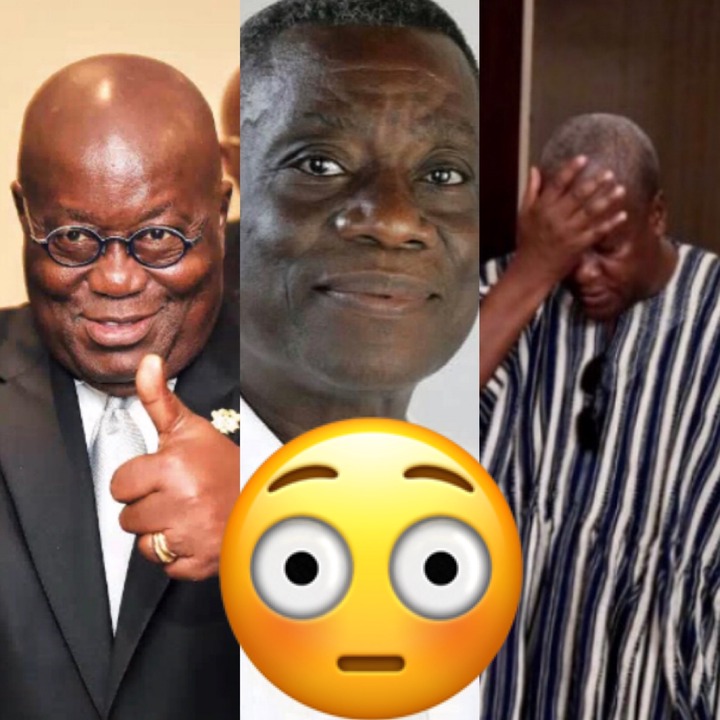 The recent unexpected news that has caused massive reactions across all social media platforms was when the former President and flag bearer of the largest opposition party were unexpectedly ‘exposed’ again over the condition of the Asomdwee park during his tenure in office.

Not long ago, the former leading member of the largest opposition party (NDC) and aide to the late former President, Atta Mills, Koku Anyidoho came out to massively applaud the incumbent President, Nana Akufo Addo for finally taking it upon himself to renovate the Asomdwee park which later ended up in a heated argument between the NDC, family of the deceased and the caretakers of the Asomdwee park.

However, another recent post by the NDC’s Koku Anyidoho seems to expose the former President, John Mahama aside vindicating the incumbent President, Nana Akufo Addo taking into consideration the previous outlook of the Asomdwee park during Mahama’s tenure.

“After 10 years, does the Republic of Ghana not have a right to know, Who or What, caused the death of President Atta-Mills? Is it not sad that sick minds prefer to bash Koku Anyidoho for begging President Akufo-Addo to build Asomdwee Park? Why is nobody asking why John Mahama refused to build Asomdwee Park after 4 and half years as President? Why is nobody asking why he Snubbed the State Protocol invite to join the 24th July Event? Is John Mahama bigger than the Republic of Ghana? I never disrespected John Mahama as Vice President: he is the one who constantly disrespected President Atta-Mills and caused him so much pain. I am daring John Mahama to an open debate. I belong to NDC; I don’t belong to a cult headed by John Dramani Mahama. This is how horrible Asomdwee Park looked under John Dramani Mahama. Is it a crime for Atta-Mills Institute to beg President Akufo-Addo to build Asomdwee Park?”, Koku Anyidoho emphatically revealed. 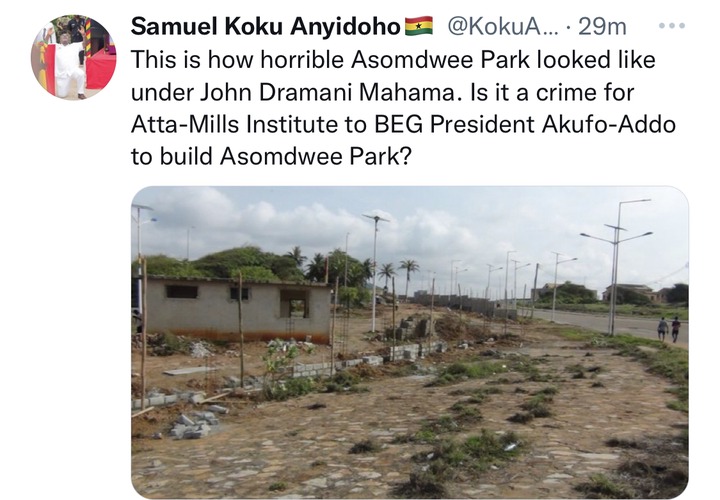 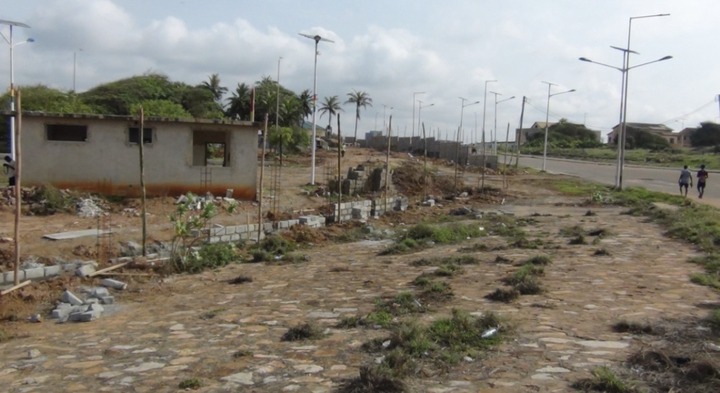 Do you think that it was acceptable for John Mahama to neglect the poor conditions of the Asomdwee park as revealed by Koku Anyidoho even though most individuals claimed otherwise?

What do you think about Koku Anyidoho’s recent claims about the NDC’s John Mahama that have caused massive concerns across all social media platforms even though most individuals agreed otherwise?

What are your thoughts after the NDC’s Koku Anyidoho unexpectedly exposed John Mahama again over the Asomdwee park brouhaha that has caused massive reactions online even though most individuals claimed otherwise?