He must be arrested immediately; jealous husband butchers wife at Lapaz 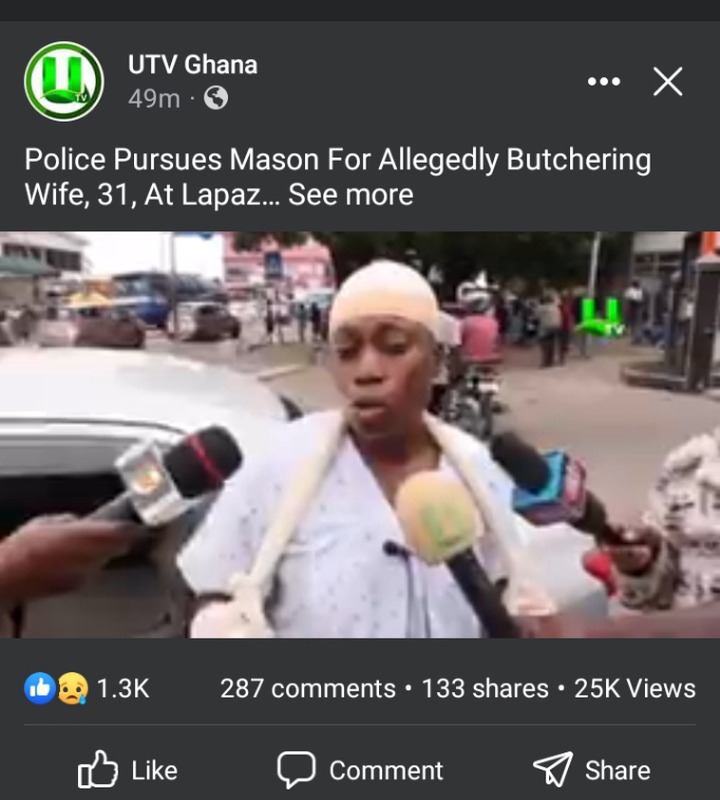 Domestic violence is one of the leading social problems facing households in the country. According to the Domestic Violence and Victim Support Unit of the Ghana Police Service, domestic violence prevalence in the country is around 39%. Women and children are usually the receiving end of such abuses.

Shaker1 has chanced on one of such unfortunate domestic violence cases in the country. A sad story shared by United Television on their official Facebook page this evening involves a young lady who was butchered by her husband.

According to the lady, her husband always becomes jealous and furious when she receives a phone call or a WhatsApp message from someone. She reveals that the husband sometimes calls to find out if a number she spoke to is from a male or female, and warns the person if it turns out to be the former.

Yesterday, Wednesday, October 3, the victim narrates that, on their way from work, the husband warned her to delete the WhatsApp app from her phone, but she was adamant and thought it was one of those jealous moments that would calm down with time. The husband further persuaded her to delete the app or else he would commit suicide, but she pleaded with him to desist from the thought for the sake of their children. 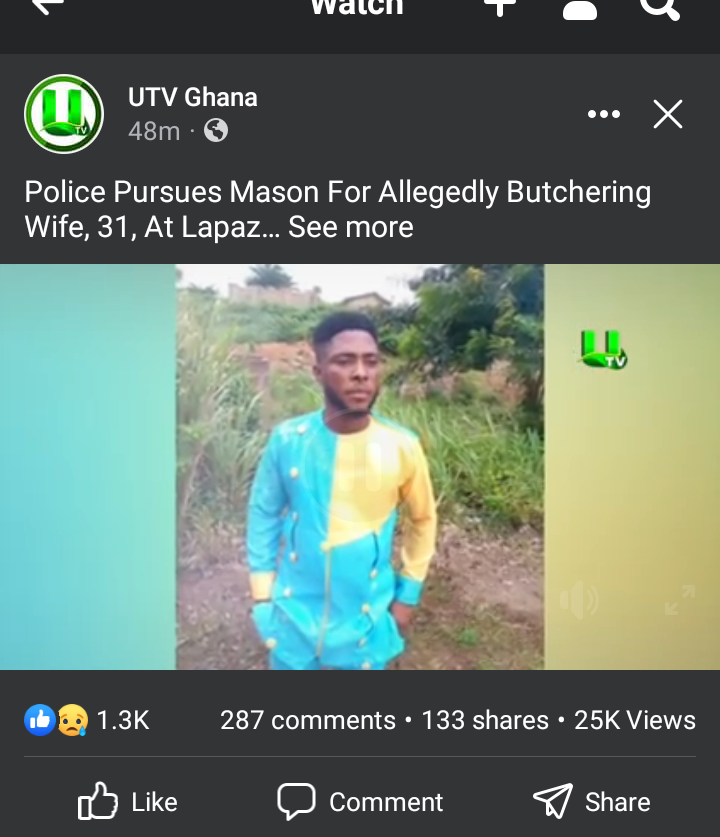 But to the surprise of the lady, she was awoken from her sleep when she was struck by what at the time did not know was a knife. The pains from the knife caused her to struggle with him to defend herself. Fortunately for her, she broke loose from his grips and made it outside before she was rescued by a neighbor. The husband however took to his heels upon sensing he could be apprehended. 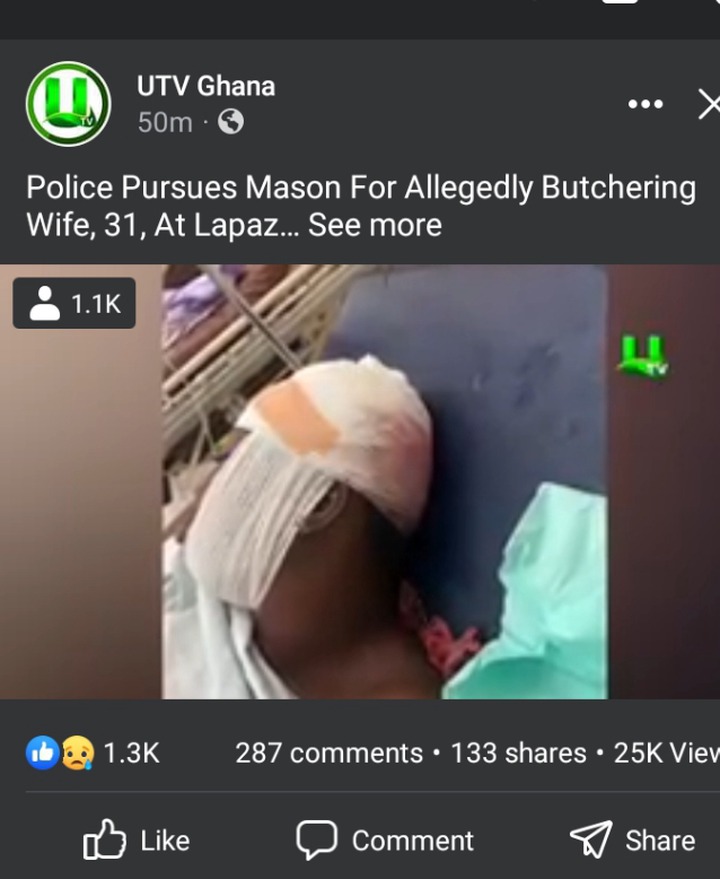 The 31 years old wife who lives with her now ran-away husband at Lapaz is responding to treatment but got some of her fingers permanently chopped off with her wrist severely damaged.