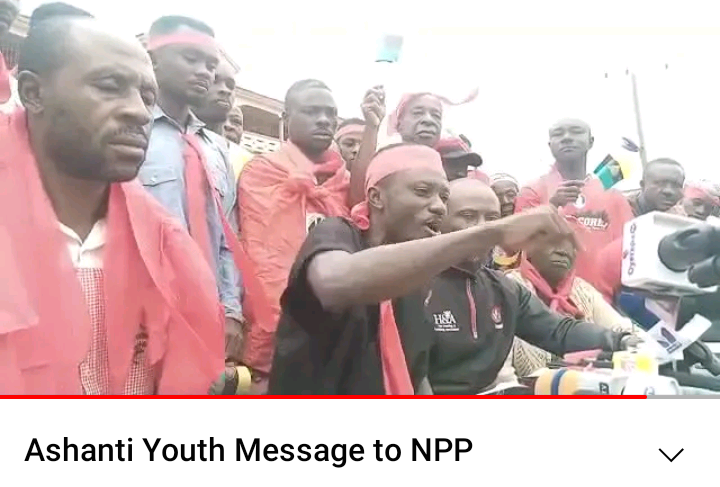 They expressed disappointment specifically in the Majority Leader leader of Parliament, honourable Kyei-Mensah Bonsu and Matthew Opuku Prempeh for neglecting the region.

The group lamented over the deplorable state of roads in the region and also the lack of developmental projects. They said voting for the 47 members of Parliament have not benefited them in anyway. They want to assure the MPs and Government that, that old love for the party is no more and the future will show them where the power lies.

They also noted that if the MPs are still thinking that the old love for the New Patriotic Party is still there and for that matter whether they do something in the region or not they will come back for their votes, then, they better think again.

Content created and supplied by: Tawnews (via Opera
News )

“I’ve Posted The Wrong Documents. I’m So Sorry, I Will Delete It” – Captain Smart Apologizes To Fans

Okrah Is Already Making Headlines in Tanzania; He Scored Simba’s First Goal In the Premier League