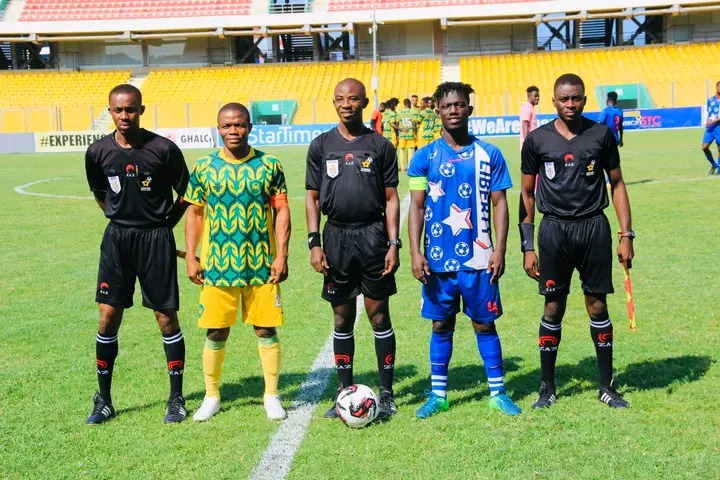 Former Elite Division campaigners Liberty Professionals have moved a step closer towards regaining their status after winning the opening game in the special play-off contest.

The Scientific Soccer lads came from behind to beat Ebusua Dwarfs 3-1 at the Accra Sports Stadium this afternoon to set them up for qualification.

This special play-off contest is being organized by the Ghana Football Association, GFA to find a replacement for AshantiGold SC who have been demoted to the regional Second Division League after being found to have played a match of convenience two seasons ago.

Competing alongside the aforementioned clubs for promotion is Tamale City FC who will take to the field on Saturday afternoon.

In today’s game, Dwarfs scored first through Richard Addai’s sixth minute strike, but goals by Blaise MacAdjei and a brace by William Oduro, won the day for Liberty Professionals.

The Dansoman-based club will secure qualification to the Ghana Premier League, GPL if they are able to beat Tamale City on Saturday afternoon.

They will be the favourites to win this fixture against a Tamale City side that is short on confidence at the moment.