Giggs Has Uglier, Sinister Side – Court 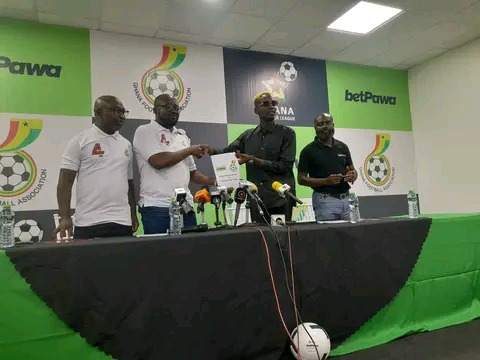 The football governing body unveiled the bumper deal this morning at the GFA’s secretariat in Accra.

According to President Kurt Okraku, a three-year deal has been reached with the betting , Betpawa to become the official headline sponsor of the Ghana Premier League.

The sponsorship package for the next three seasons Ghana Premier League worth a minimum of 6 million US dollars.

The Ghana Premier League last had a headline sponsor in 2018 after a 10million dollars deal was signed with Zylofon Cash.

In addition, he disclosed that there will be an investment of construction of a new football pitch and astroturf at the Ghanaman School Excellence in Prampram. The pitch will be named ‘BetPawa Pitch’.

From the money, the Ghana football is going to see high levels marketing and promotion skills of the GPL which will be unprecedented for the first time in the history of the local league. There will be a package for the clubs.

The players will also receive a locker room bonuses. (The team that will win will receive bonuses immediately after the game).

Shatta Wale makes history for Ghana. Check out the details