NPP to name deputy national executives from this date 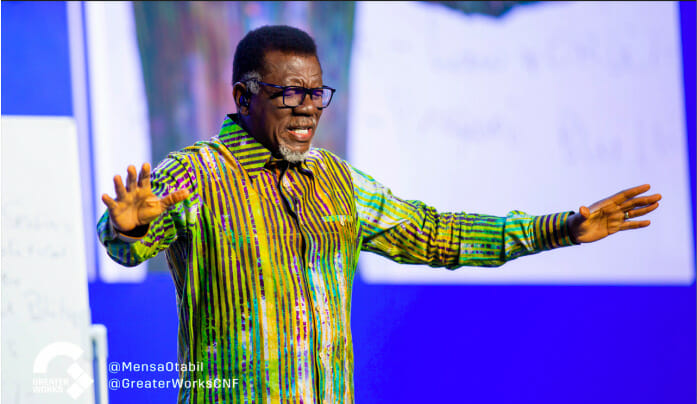 Pastor Mensa Otabil, the general overseer of the International Central Gospel Church (ICGC), predicts that the African continent would experience a renaissance and attract Westerners looking for work.

He explained his optimistic view of Africa by saying it is not based on material things but on his faith in God’s justice and fairness, which he says would not favor one over the other.

On the first night of the Greater Works Conference, Pastor Mensa Otabil gave a sermon entitled “we will get it back,” reinforcing his faith that Africa would rise to become the world’s most important continent.

Pastor Mensa Otabil urged the congregation to follow the prophet Jeremiah’s lead and stop putting God in a box if they want to help lift Africa out of its despair.

His speech was based on chapter 32 of Jeremiah, when God revealed to Jeremiah the seemingly unthinkable scenario of Israel being overrun by both foreign and domestic enemies.

How God revived a country while it was in exile beyond human comprehension, yet Pastor Mensa Otabil showed it to be true. He compared the current state of affairs to that of Africa being impoverished by foreign powers who have stolen her riches, some of which have been used to enrich locals who are now making matters worse.

The religious leader said, “Africa will get it back and it will be well with the continent, it will be good with our people!”

According to Pastor Otabil, he has never wavered in his belief that Africa and Ghana have bright and tremendous futures.

He hoped for a revival in all of Africa, particularly in Nigeria, South Africa, Zambia, the Ivory Coast, the Sudans, South Sudan, and Mali.

The United States, Europe, and Asia have all had their chances. It’s Africa’s opportunity, he said.

He predicted that in the near future, Africa will become home to more millionaires than any other continent. When he finished, he told the congregation, “Elon Musk, Jeff Bezos, and Jack ma will read about you.”

Both Bishop Tudor Bismark of Jabula New Life Covenant Church in Harare, Zimbabwe, and Pastor Matthew Ashimolowo of Kingsway International Christian Centre in the United Kingdom will also be speaking at this year’s Greater Works Conference.

NPP to name deputy national executives from this date

Keep families out of your beef