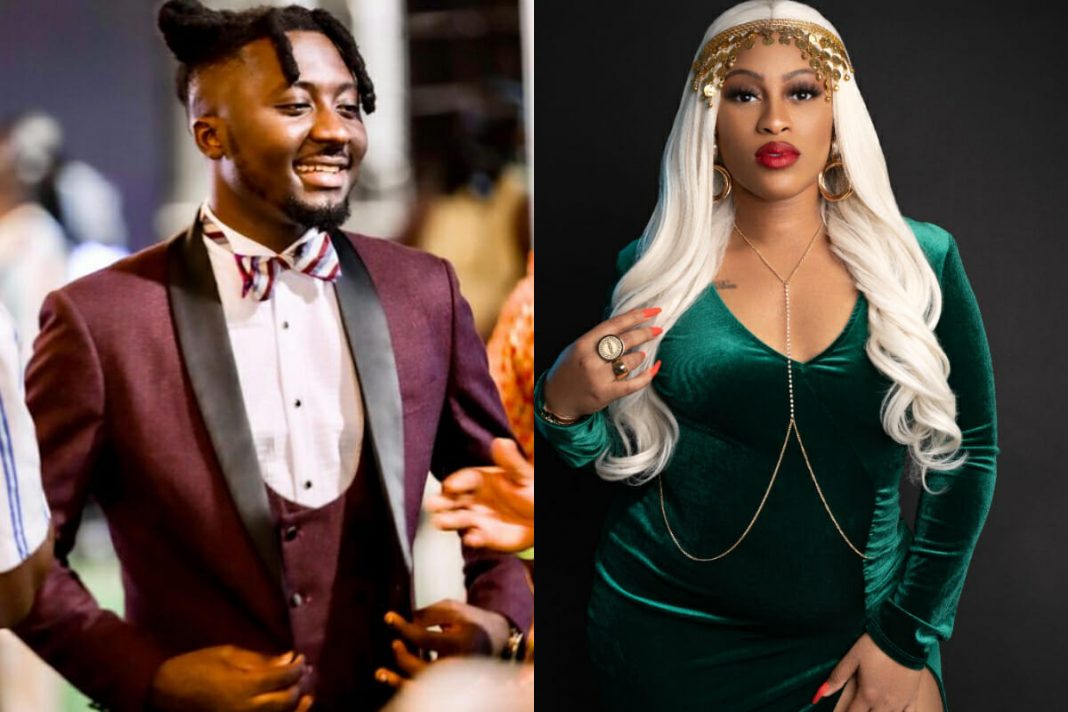 Princess Wonda said Amerado unleashed a fiery verse for her new single without delay when she linked for a potential project recently.

She praised her Ghanaian counterpart for being time conscious and highly professional.

The emerging Nigerian act disclosed this when ace DJ and occasional rapper Andy Dosty hosted her in the studios of Hitz FM.

“Amerado is a super rapper. He is very kind and works with time as well. I sent him my song and he laid his verses on it in a short time. He is very cool,” she told Andy Dosty during the interview.

In a related development, Strongman has controversially said his wife Nana Ama has warned him never to reply to Amerado over the subliminal shots he threw at him in his Obia Boa song.

According to him, he decided not to reply to Amerado and his wife reinforced his posture by warning him not to descend to his level and give him attention otherwise they will break up.

He made this pronouncement when he spoke to Ike De Unpredictable on Angel FM.

He further said when the time is right and fans clamour for it, he won’t hesitate to fire back.

Strongman said a beef song becomes fiery when one replies immediately the gauntlet is thrown down at him but when time elapses, it’s no longer prudent to reply.