Asiedu Nketiah Never Knew He Was Been Recorded; What He Said To Kwame Sefa Kayi Trends. 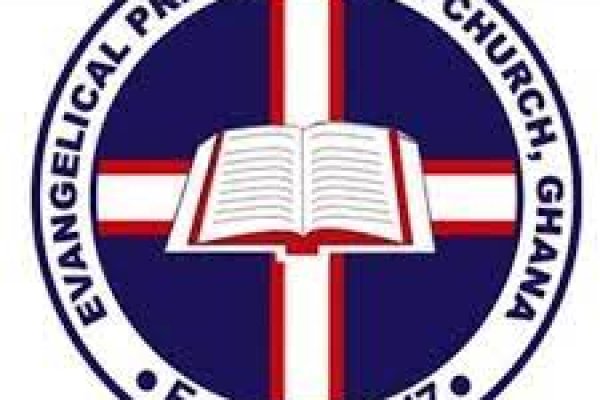 Accra, July 31, GNA – The Leadership of the Evangelical Presbyterian Church, Ghana (EPCG) has launched its 175 Anniversary Celebration with a call on members to exhibit moral discipline and integrity at their various places of endeavours.
Reverend Dr Setri Nyomi, the Council Chair of the Evangelical Presbyterian University College, urged the leadership of the Church to encourage high standards of discipline among congregants in the Kingdom work.
Rev. Dr Nyomi, who is also a Senior Lecturer at the Trinity Theological Seminary, made the call at the launch of the Church’s 175 Anniversary and rebranded Logo in Accra.
The Event was on the theme: “A Journey of 175 years in Ministry: Achievements, Challenges and the Way forward.”
The celebration of the 175 Anniversary is to give glory to God for His sustenance as a Church and to continue with the propagation of the Gospel for the holistic development of humankind.
He called on the leadership of the Church on their calling and strengthen their discipleship while building on the gains made by the missionaries together with the prophetic in the messages.
Rev. Nyomi said there was the need for the public to continue to invest heavily in the activities of the Church to drive impact in the communities because over the years the Church had been bedevilled with some financial challenges enabling it not to reach and support a few the communities and the needy.
He said the Church had contributed significantly to the human resource of the country and had also contributed severally to national development in the areas of education, health, water, and sanitation among others.
Rt Rev. Dr Lt Col. Bliss Divine Kofi Agbeko (rtd), the Moderator of the General Assembly of EPCG, speaking on the topic: “Set Your Hart on Things Above” called on Christians to seek things in heaven rather than seek earthly things.
He said it was important to support the Ministry of God and transmit their wealth to their heavenly accounts rather than boast of their earthly wealth.
“You must support the needy, help community development and bring happiness to the people,” he said.
The Moderator said the Church in its holistic Ministry had contributed to national development in the establishment of the EP University College in Ho, EP Theological Seminary, two Colleges of Education in Amedzofe and Bimbila, together with other six Second Cycle Institutions.
He said the Church has 157 Junior High and 549 Basic Schools with eight Health Centres, a Shelter Home for Street Children for training in various skills, and six Agric Stations.
Rt Rev Agbeko said the Church would continue to grow from strength to strength and was poised to do more in contributing to the development of the nation.
EPCG and the Eglise Evangelique Presbyterienne du Togo are the product of the missionary efforts of the North German Missionary Society (Bremen Mission), founded on April 9, 1836.
James Graff, Karl Flato, Luer Bultman and Lorenz Wolf set off from Germany and arrived on Cape Coast on May 5, 1847, where Graff and Wolf arrived at the Christiansburg Castle, Osu on May 17, the same year.
One of the Missionaries, Wolf arrived at Peki Dzake in the Volta Region on November 9, 1847, following the invitation of Kwadzo Dei Tutu Yao ll, King of Krepi’s through his son, Prince Nyangamangu, where he started his Missionary work at Peki and preached his first sermon, marking the birth of the Church.
Between 1853 and 1903, a fresh Missionary work was started from Keta by Daeuble and Plessing. other Mission stations such as Adaklu-Waya in 1896, Anyako in 1857, Ho in 1859, Amedzofe in 1889 and Akpafu in 1898 were founded
In 1922, the two Churches in the Gold Coast and Togoland held their first joint Synod at Kpalime, where Rev. Andreas Aku was elected as the first Moderator.
In September 1923, the first Synod was held in Ho by the British Zone of the Church, and this marked the establishment of the Ewe Church in the same year, a five-member Synod Committee, comprising three African Pastors and two German Missionaries was set up.
The name Ewe Church was changed to Evangelical Presbyterian Church in 1954 at Synod held in Kpedze.
From 1922 to date, the Church has had 14 Moderators with the fourteenth one being Rt Rev. Dr Lt Col. Bliss Divine Kofi Agbeko (rtd).
Vice-President Dr Mahamudu Bawumia and his entourage presented an amount of GH₵100,000, while the NDC MPs in Parliament also presented GH₵10, 000 in support of the construction of a conference facility for the Church as part of the celebrations.

Asiedu Nketiah Never Knew He Was Been Recorded; What He Said To Kwame Sefa Kayi Trends.

Ghana Has No Active Cases Of Marburg Virus; See When Outbreak Will Be Declared Over | Health