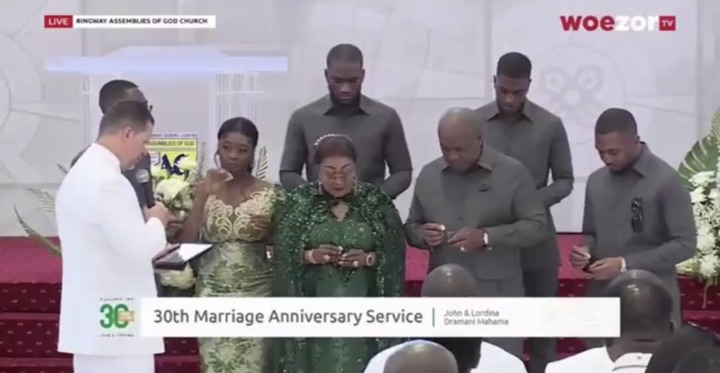 The recent circulating news that has undoubtedly sparked a massive stir across all social media platforms was when beautiful photos of the former President and flag bearer of the largest opposition party (NDC) finally popped up online.

The former President, John Mahama took the privilege to celebrate his 30th marriage anniversary with his lovely wife, Lordina Mahama as a means of thanking God for how far he’s been able to keep his family together irrespective of the hurdles that Dane his his way.

With respect to this, a 30th marriage anniversary service was recently put together as it witnessed prominent politicians and other dignitaries to make the event a success.

However, one of the most unexpected moments that won the hearts of most Ghanaians was when the former President, John Mahama’s children the only female amongst the boys, Farida Mahama joined their parents on the pulpit to share the moment together.

Below is a look at some of the photos of the beautiful family of the former President, John Mahama that has caused massive stir online. 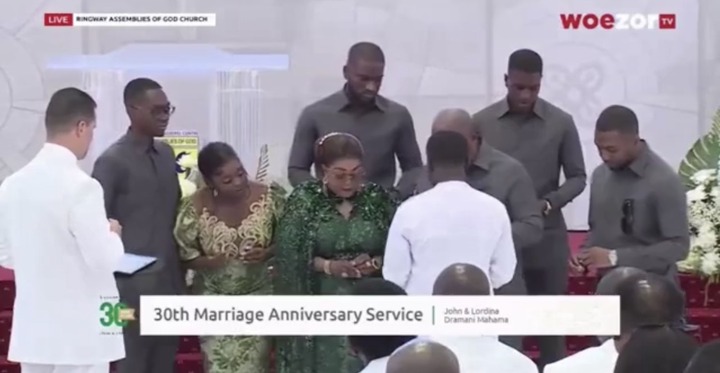 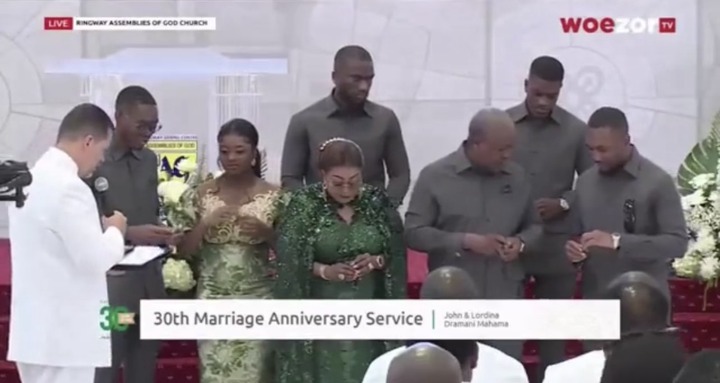 What are your thoughts on former President, John Mahama’s beautiful family and children that have caused massive reactions online even though most individuals claimed otherwise?