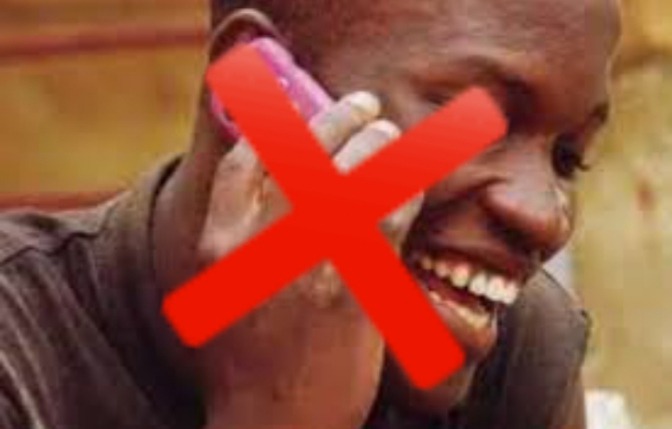 Brain and central nervous system cancers have been of particular concern because hand-held phones are used close to the head and because ionizing radiation, a higher energy form of radiation can cause some brain cancers and other diseases which decreases ones life span.

Here are five things not to do with your phone if you want to live long:

1. Don’t hold your phone up to your ear.

Use the speakerphone or a headset instead, because “wireless (Bluetooth) and wired headsets emit much less RF energy than cellphones. It’s also advisable to send text messages rather than talking on the phone whenever possible.

2. Try not to use your phone if you’re in a fast-moving vehicle.

Your phone puts out more RF energy to maintain connections to avoid dropping calls as it switches connections from one cell tower to the next unless it is in airplane mode.

3. Avoid using your phone when you have one or two service bars showing.

Cellphones put out more RF energy to connect with cell towers when the signal is weak.

4. Don’t carry your phone in your pocket, bra or holster close to your body.

Carry your phones in a backpack, briefcase, purse or elsewhere, so that the device is kept several inches away from your body. A few inches can make a difference. Also, put phones on airplane mode when carrying them close as the devices don’t emit RF energy when in airplane mode.

5. Never sleep with your phone under your pillow or near your head.

Keep your phone at least an arm’s length away from your body when sleeping. You should also turn your phone off or on airplane mode while you sleep.