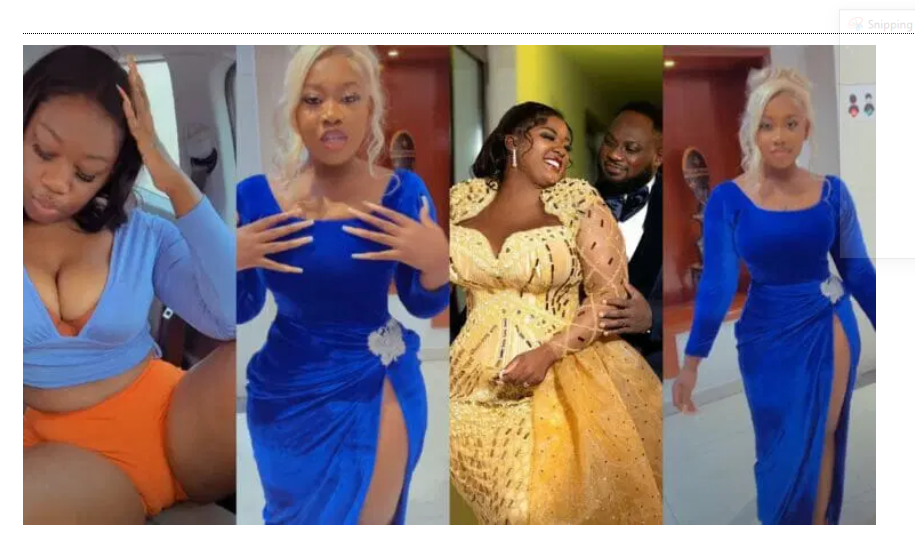 However, unpleasant information we gathered indicates that nud3 model and actress, Shugatiti was denied entry to the wedding dinner that was held in Kumasi.

Apparently Shugatiti, who was dressed in a blue gown with a high thigh slit, was bounced at the gate by the security because of her unattractive outfit.

Shugatiti highlighted her dissatisfaction with the situation in a brief interview, particularly given that Tracey Boakye was a close friend of hers.

Some viewers of the viral interview’s comments section said Tracey Boakye made the right choice because she didn’t want to run the danger of losing her new spouse to Shugatiti due to her alluring attire.

Given that Tracey Boakye and Afia Schwarzenegger had been “besties” for a very long time, this comes off as a huge surprise.

Well, it’s no secret that Shugatiti enjoys flaunting her attractive figure at all times. She is reputed to be an indiscreet nudist who hardly ever