A young man, most likely between the ages of 25 and 35, was caught on camera intentionally pressing the backside of a woman in a market. If you watch the video carefully, you will notice that a large number of people are congested in one area of the market. People were seen purchasing goods at a store, leaving little room for others to pass.

The young man attempted to pass through the back of the woman, but he was seen for a long time putting his hand on the lady’s backside. When the lady noticed that someone had placed his hand on her backside, she turned around to see who had done it, only to discover that it was a man.

The woman became enraged and asked the man what he was up to, but he did not respond. This is a lady who possesses a massive backside. According to some social media users, the young man did this on purpose in order to illicit romantic feelings from the lady without her consent. 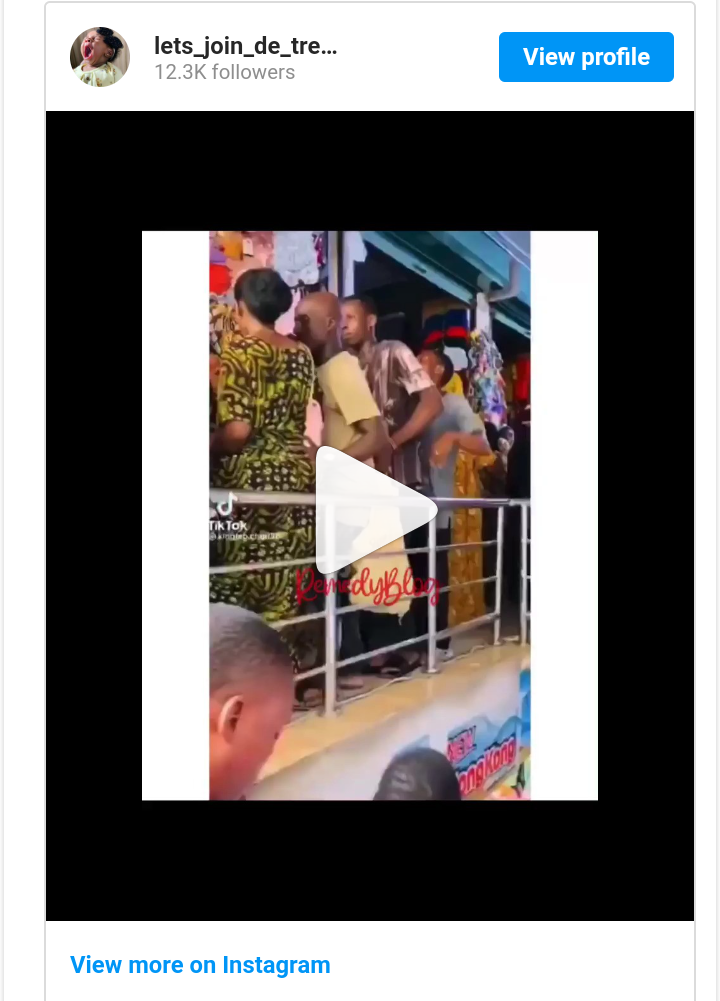