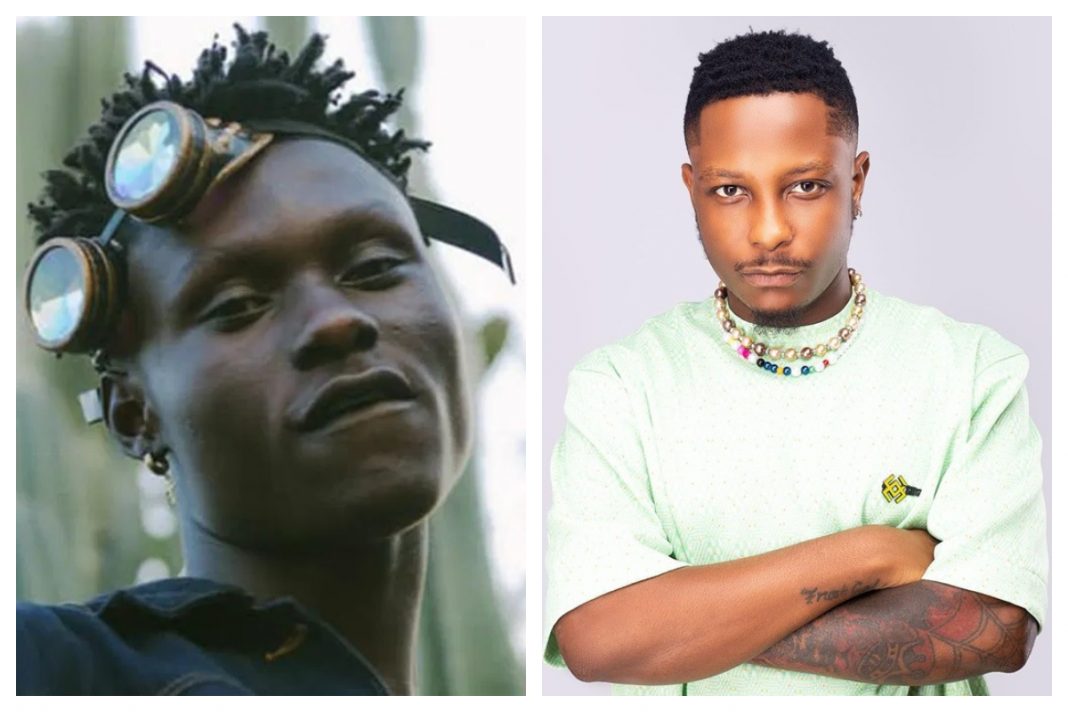 Jay Bahd is a Kumasi-based hip-hop artiste and drill artiste who plays a team lead of the Kumerica-asakaa drill. He’s known for singles such as ‘Y3 Y3 Dom’, ‘See No Evil’, ‘Stand Firm’, ‘Go Get’, among others. He signed to Life Living Records.

Kelvyn Brown is a multifaceted act with a unique approach to making music. He was signed Burniton Group owned by Stonebwoy and due to some controversies, left the label in the year 2019.

Jay Bahd, originally known as Jackson Kwadwo Bawuah and Kelvyn Boy, officially called Kelvyn Brown have been spotted in the studios working on a project. The ‘Y3 Y3 Dom’ hit-maker took to his official social media page to share a photo of himself and the ‘Down Flat’ hit-maker.

This is coming after Asakaa trailblazer, Jay Bahd returned to Ghana from Germany where he headlined his first ever major concert in Berlin at the S12 Bar & Club. on Saturday, July 23, 2022.

It was nothing but fun and excitement when he took center stage to give fans a piece of his electrifying performance skills at his first ever concert in Berlin, Germany on Saturday, July 23, 2022. Watch snippet of his performance below.