Gabby chills with Arsenal players after win over Spurs [Photos] 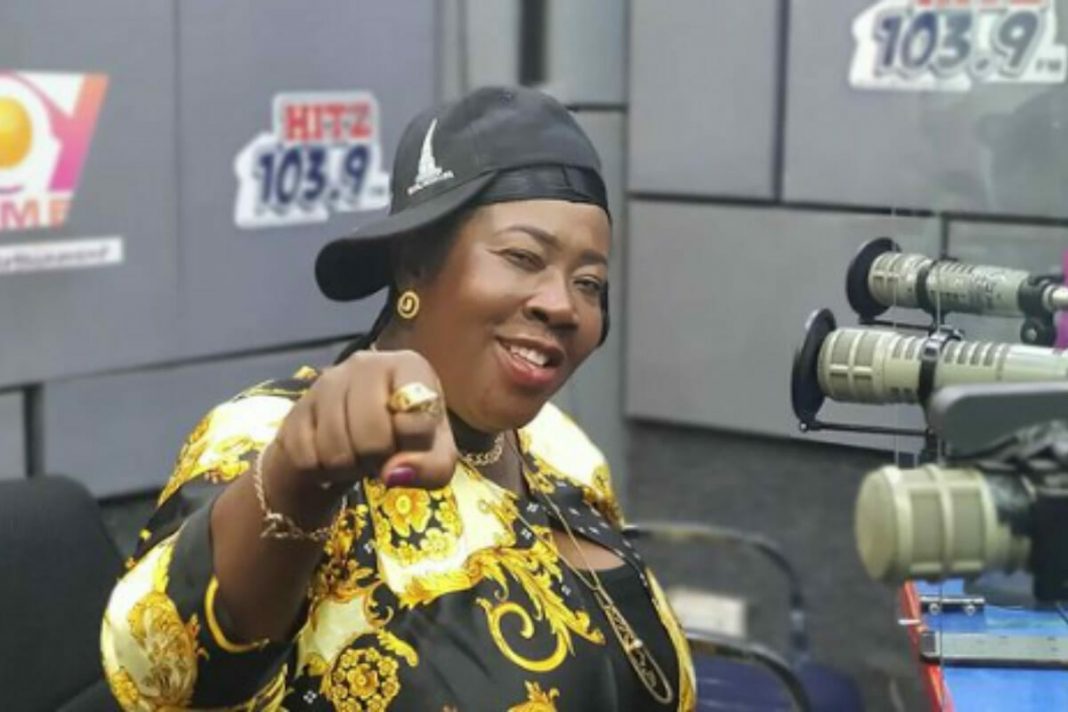 Big Ivy has said she is overwhelmed by the level of fame she has attained after her rap battle with Mama Dolarz shook the foundation of the internet.

Big Ivy said she had appeared in on the silver screen as a thespian on notable hit productions including Abiba, Things We Do For Love, TV Theatre, Home Sweet Home and YOLO over the years never become a mainstream figure until she took this new direction.

“I have been acting for about 20 years now I have not been this big. I am surprised especially on social media, I wasn’t expecting it to be this big, I really like it, it is noise, this world has a lot of stress so we are using it to distress so we are having fun,” she said.

Sharing details about the song ‘Big Momma’ which was a special song released on Mother’s Day together with her son CJ Biggerman which sparked the ‘friendly tension’ between her and her Nigerian counterpart Mama Dolarz, Big Ivy said that they both combined their knowledge and love for literature to come up with impactful, lyrics that rhyme and is still entertaining.

“I asked him to let us do something creative, so he wrote for me, and we discussed what could stay and what should change. I sit in the studio when he is writing, and then we look at what he has and say ‘let’s change this, this doesn’t rhyme’. I am very particular about the lyrics, I don’t want to use.”

Big Ivy also added that she has a single and an EP coming.

Gabby chills with Arsenal players after win over Spurs [Photos]