Alexandra Popp of Germany has equalized the record of Michel Platini. 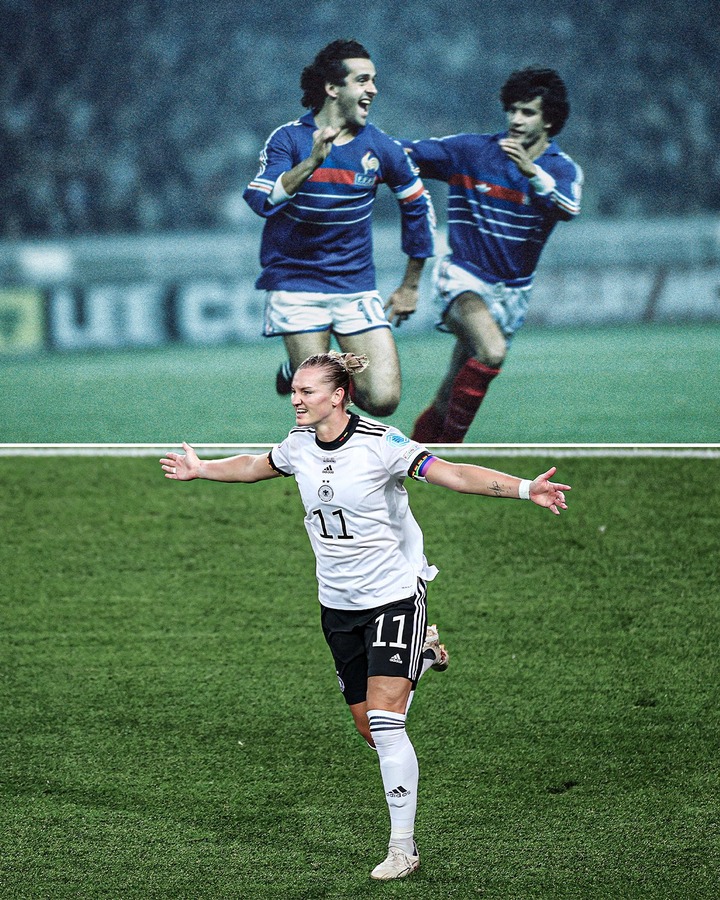 Every footballer hopes to have a lot of great achievements as far as football is concerned, they hope to score more goals and win more trophies in other to break and set new records in football.

Alexandra Popp is a striker for the German women’s national team, she has been great for his team since he started playing and has equalized the record of Michel Platini.

Michel Platuni of France also set this record in the 1984 Men’s Euros by scoring 5 straight goals in the Euros.

So going forward Alexandra Popp hope to score in the final game against France to help her set the new record and also win the trophy for the German national team this year.

You can leave your comments at the comments section and also share this article to your friends to enjoy more of this post.