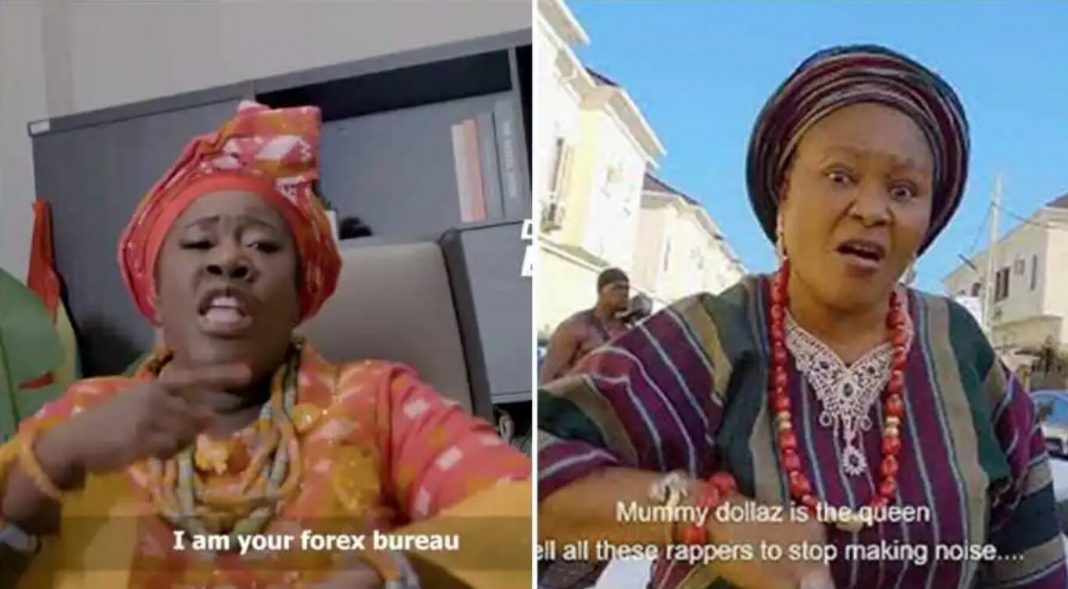 It appears that Big Ivy and Mummy Dolarz, two African mothers, are the focus of a rap battle instead of Ghana and Nigeria’s ongoing jollof conflict.

Everything started when CJ Biggerman’s mother, a rapper from Ghana, showed off her rap skills in a video that her son released.

CJ Biggerman decided to honor his mother in a unique and imaginative way on Sunday, May 8.

So he built a beat for her, and in the song Big Momma, she rapped about all the things she’s done as a mother and gave advise to some young girls.

The challenge was quickly accepted by Mummy Dolarz, the mother of Nigerian comedian Oluwadolarz, who responded with a diss track labeling Ghana’s Big Ivy as a “little rapper.”

The week after Big Ivy’s “Mama Naira” clap-back track was released to reclaim her title, followers of the new rap talents were just about to give up hope.

The rap duel has been dubbed the “beef of the season” by internet users who have been following it. The support that both nations have given the moms, who are said to be in their 50s, is what makes it interesting.

Meanwhile, Mummy Dollarz has been seen in a new video readying herself to take another shot.