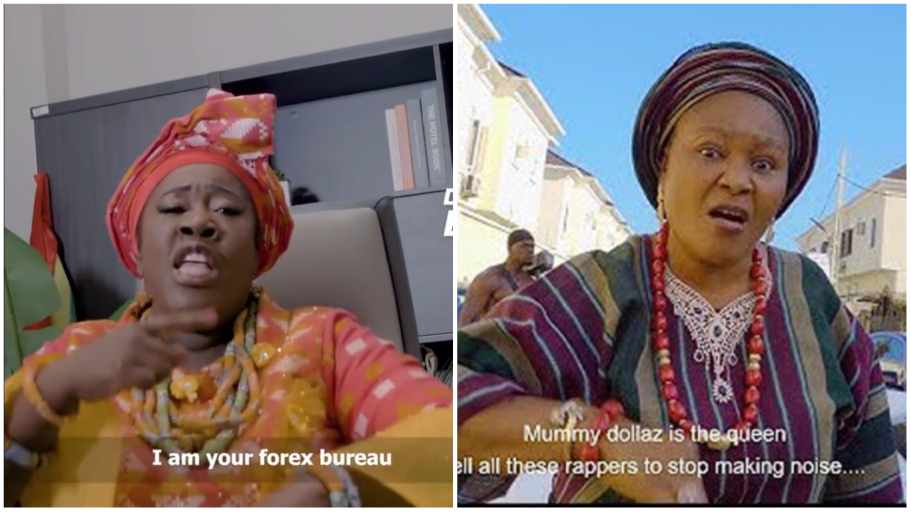 It seems Ghana and Nigeria have switched the attention from their never-ending jollof war to a rap battle between two African mums, Big Ivy and Mummy Dolarz .

It all began when the mother of Ghanaian rapper CJ Biggerman demonstrated her rap talent in a video published by her son.

On Sunday, May 8, CJ Biggerman chose to celebrate his mother in a different and creative way.

So, he made a beat for her while she rapped about all the things she’s done as a mother while proffering advice for some young women on the song called Big Momma.

Soon after, Mummy Dolarz, the mother of Nigeria comedian Oluwadolarz stepped up for the challenge and released a diss song that described Ghana’s Big Ivy as a “small rapper.”

Just when fans of the new rap stars thought that was the end, Big Ivy released a clap-back track titled ‘Mama Naira’ this week to claim back her title.

Netizens who have been following the rap battle have described it as the “beef of the season”. What makes it interesting is the support both countries have offered the mothers who are believed to be in their 50s.

Check out Big Ivy reply to below :

Meanwhile, Mummy Dollarz has heard the new track from Big Ivy replying to her diss. The Nigerian woman is readying herself to take another shot.