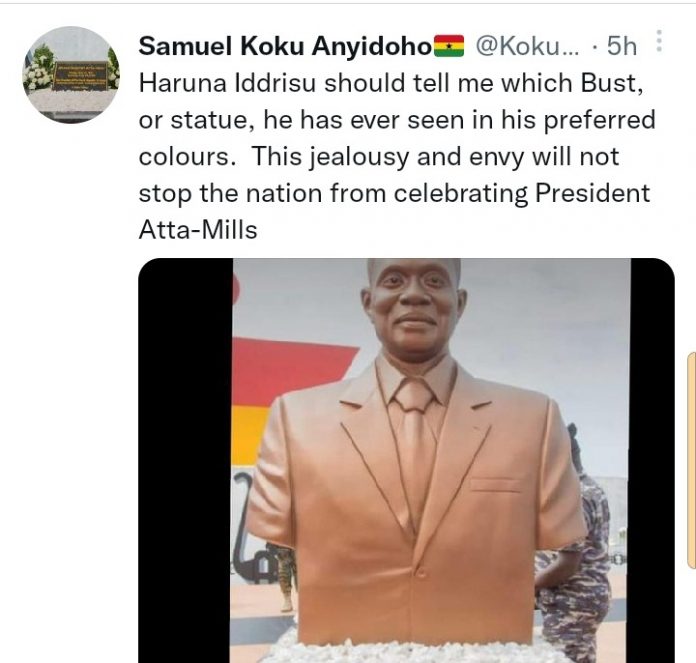 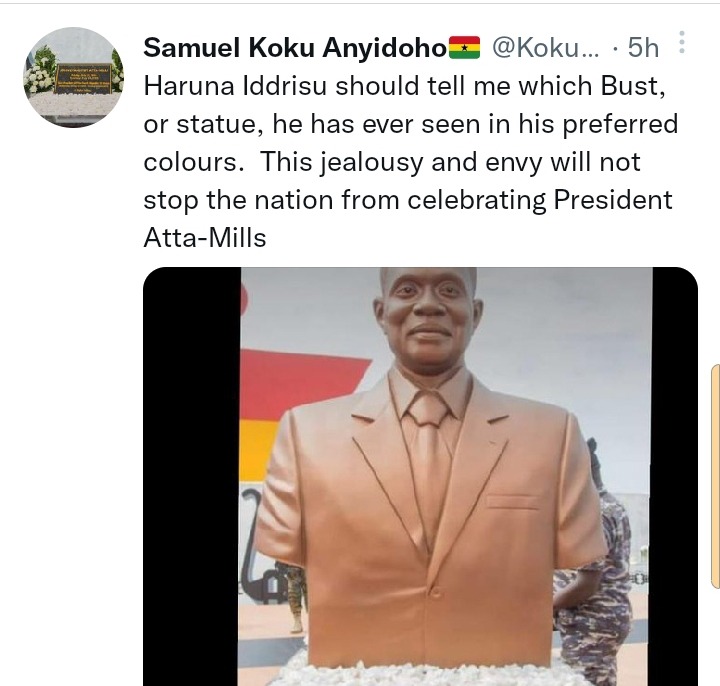 Haruna Iddrisu is a Ghanaian lawyer and politician who is a member of the Seventh Parliament of the Fourth Republic of Ghana representing Tamale South. He is also currently the Minority Leader in Ghana’s Parliament. In a recently reacted story, he emphatically stated that the monument which was mounted for the late do not meet his standard as he believes it’s should have been in a different colour other than brown. 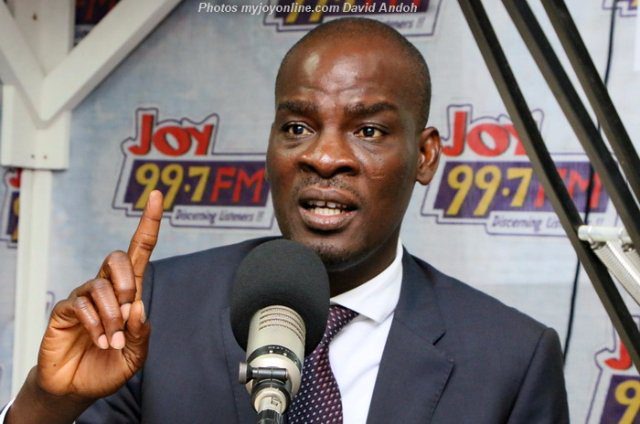 In a reactions to his words to which he gave out in a recent interview, koku anyidoho who has been popularly known to be the assistance in the building of the Asomdwee park has shared his words with him as he stated that he can never be the cause of him stopping the celebration of the late president. 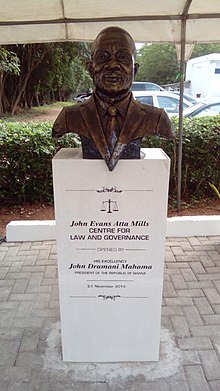 He emphatically stated that “Haruna Iddrisu should tell me which Bust, or statue, he has ever seen in his preferred colours. This jealousy and envy will not stop the nation from celebrating President Atta-Mills” 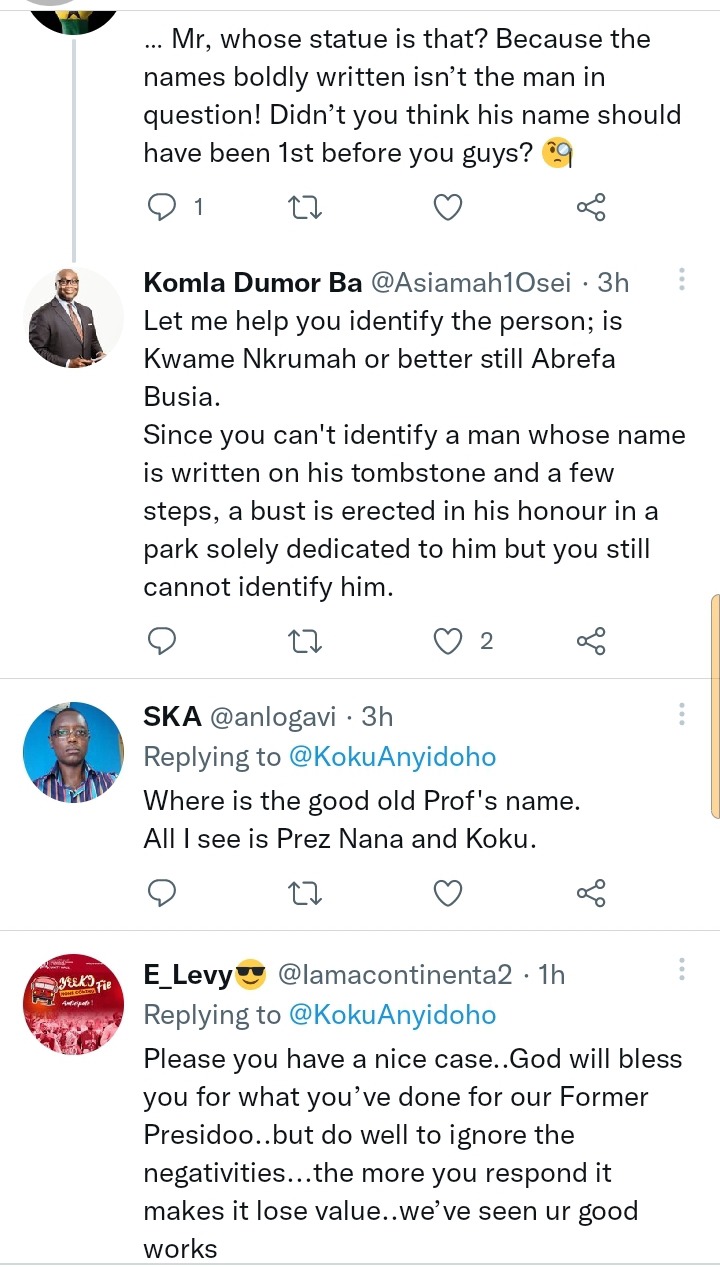