You will not succeed – Agent curses Asante Kotoko striker

[VIDEO]: Mugabe Masse Joins Two Other Panelists To Lambast Akufo-Addo And His Government 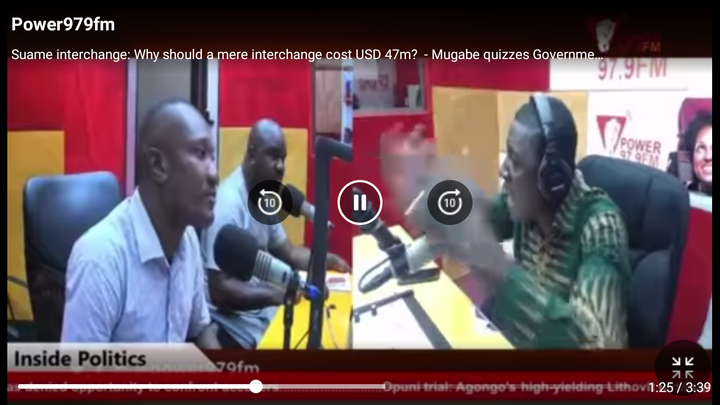 A broadcast journalist at Power 97.9 FM, Mugabe Masse joins two other panelists during the program titled “inside politics” to lambast the president of Ghana, Nana Addo Dankwa Akufo-Addo, and his government over road projects.

Mugabe Masse started by saying that he has heard the government plans to use the forty-seven United States million dollars (US$47M) to construct the Suame interchange and asked the two (2) other panelists whether that amount can be used to construct a mere interchange.

Mugabe Masse continued to ask the two panelists that are Honorable Osei Kyei Mensah Bonsu, Dr. Owusu Afriyie Akoto, and the others that are known as the cabinet ministers?

The two panelists answered by saying yes, they are the cabinet ministers, and Mugabe Masse together with them claimed that still no development has been done in the Ashanti Region.

After Mugabe Masse and the two panelists ended their analysis, they begin to lambast Nana Addo Dankwa Akufo-Addo and his government.

If you want to watch how they lambasted Nana Addo Dankwa Akufo-Addo and his government, then kindly click here.

You will not succeed – Agent curses Asante Kotoko striker

The Shortest River In The World Which Is 61 Meters Long