Shatta Wale Reveals How Deportee Tried To Rap£ His Secretary, Vows To Get Him Jailed [VIDEO] 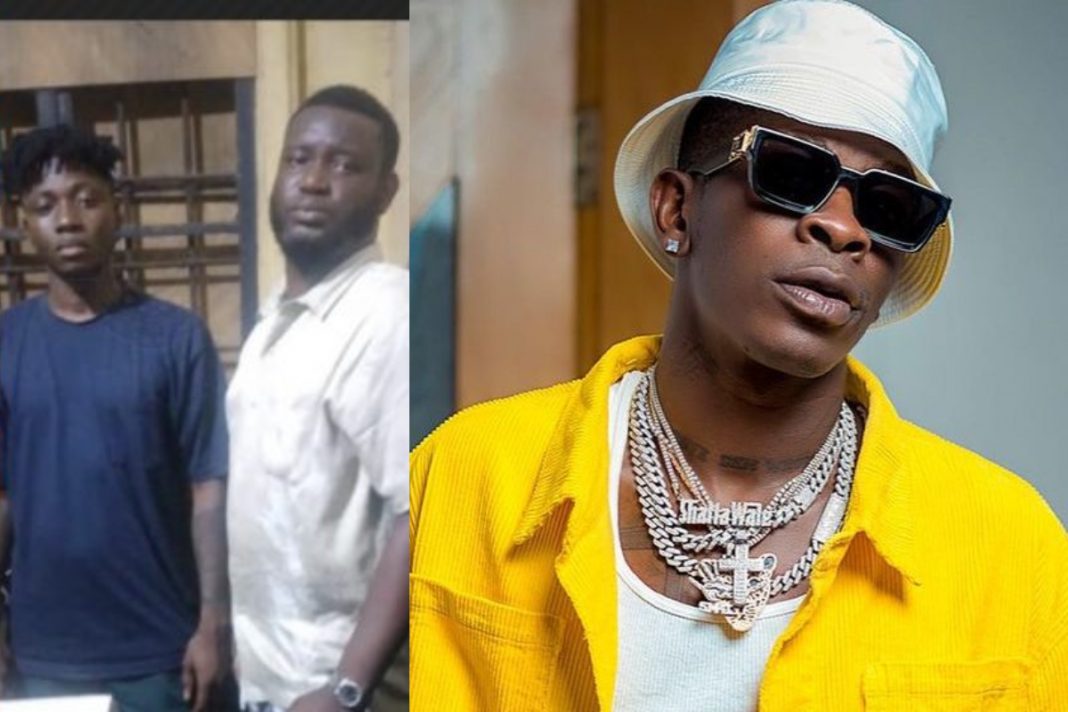 Controversial musician, Shatta Wale has made a severe claim against his former crew member, Deportee, following his explosive interview.

He charged Deportee with using Snapchat to manipulate his Secretary in an attempt to get into her thighs.

This charge stems from a deportee interview where he lamented over Shatta Wale’s abandonment of him.

We reported earlier that Deportee painted a picture of Shatta Wale being self-centered, especially when he recently got himself bail when they went to court, leaving them to fight for themselves.

According to him, they all went to court but then Shatta Wale got himself bailed out leaving them behind and that means they will be going to court again and if they fail to get bail, they might be sent back to prison even though they were only supporting Shatta Wale.

After this conversation went viral, Shatta Wale accused Deportee of committing felonies and vowed to have him put in jail if he kept defaming him.

According to Shatta Wale, Deportee allegedly tried to rape his secretary while she was taking her bath in Kumasi.

The SM boss CEO continued, saying the girl is still traumatized as a result of being pushed upon by Deportee when she was in the restroom.

Shatta Wale said, “The girl wanted to call the police, but I stopped her and pleaded, but since Deportee wants to fool, he himself will call the police so he will be charged with a crime.”