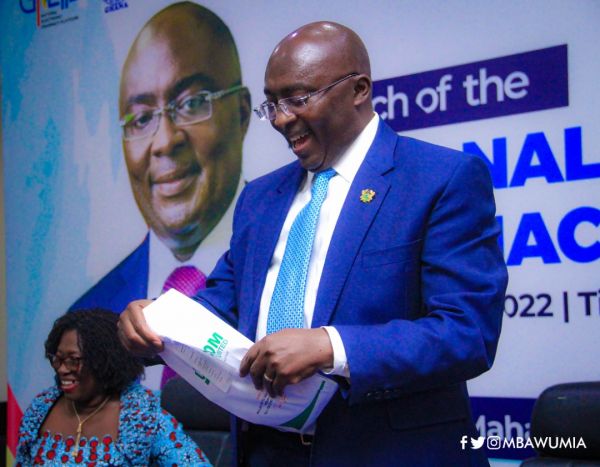 Some newly elected executives include Stephen Ntim who heads the party as National Chairman, Justin Frimpong Kodua who took John Boadu’s seat to become the General Secretary, Henry Nana Boakye (Nana B) who is the National Organizer and Kate Gyamfua who maintains her position as National Women Organizer.

Other positions that were also occupied were 1st, 2nd and 3rd Vice Chairpersons, National Treasurer among others.

Now that the NPP has finalized its national executives, the next hurdle is to elect a Presidential candidate.

The party will possibly hold its primaries to elect a flagbearer next year but even before the primaries come off, names like; Dr. Mahamudu Bawumia, Vice President of the Republic, and Alan Kwadwo Kyerematen, Minister of Trade, have come up with supporters from both camps pitching their favorite to lead the party.

As the party awaits the big day to find who leads it into the 2024 elections, social commentator, Bernard Allotey Jacobs is already made a pick for the New Patriotic Party.

To him, the best person to continue the legacy of President Nana Akufo-Addo is the Vice President.

Joining a panel discussion on Peace FM’s “Kokrokoo”, Allotey Jacobs emphasized that “in spite of these difficulties that we are facing, one person who can continue with the work of the current government led by Nana Akufo-Addo is Dr. Mahamudu Bawumia”.

He added; “If you are a political analyst or an old fox in the system, just sit down quietly, meditate as to who should be our leader in 2024 . . . sit down, do a critical analysis and note that the brains that can change the machines of this country to make this country progressive is Dr. Mahamudu Bawumia and Matthew Opoku Prempeh.”