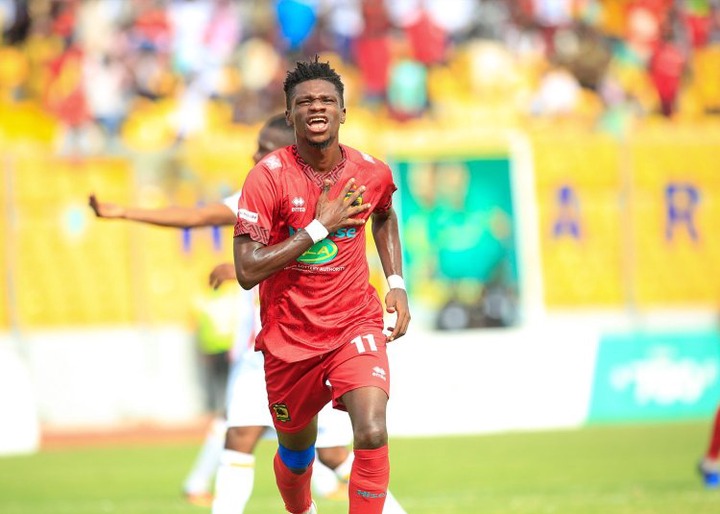 Kotoko’s Frank Etouga Mbella has been linked with a move away from the GPL once again, with TheNewsGh naming three teams in pursuit of the prolific attacker.

The player’s agent admitted earlier this morning that the Cameroonian attacker is being chased by Tunisian giants, Espérance of Tunis and two other European side, Udiness and Villarreal FC.

The 20-year-old has been regularly watched by scouts from top European and African sides during his maiden season in Ghana.

He has impressed for Asante Kotoko in the GPL as they clinched the league title.

Etouga, who has also attracted interest from other clubs (yet to be disclosed), would make a record move from the Porcupines despite their ambitions to keep him for the upcoming CAF Champions League.