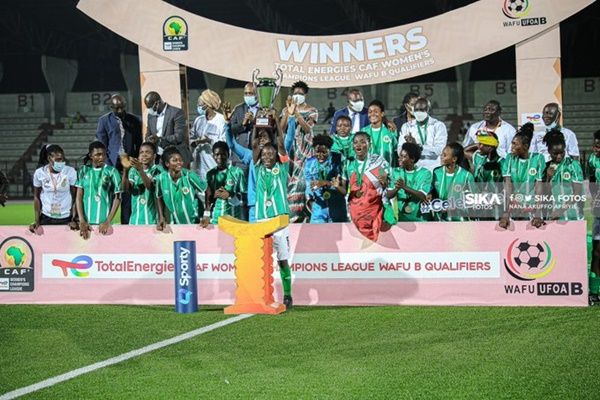 Hasaacas Ladies have been named among the final three nominees for the Women’s Club of the Year at the 2022 CAF Awards.

The former Ghanaian champions had a fantastic year in review and deserve to be in the final for the top award.

Hasaacas Ladies dominated the local scene in the 2020/21 season, winning both the Women’s Premier League and the FA Cup.

They also won the WAFU B tournament and went on to finish second in the inaugural CAF Women’s Champions League.

They reached the final but were defeated by South African club Mamelodi Sundowns, who also made the final three.

The list is completed by AS FAR (Morocco), who finished third in the tournament.

Doris Boaduwaa and Evelyn Badu, both Hasaacas Ladies stars, are among three final nominees for Women’s Young Player, with Badu also nominated for Women’s Interclub Player of the Year.

Uefa games to hold moment of silence in memory of Indonesian