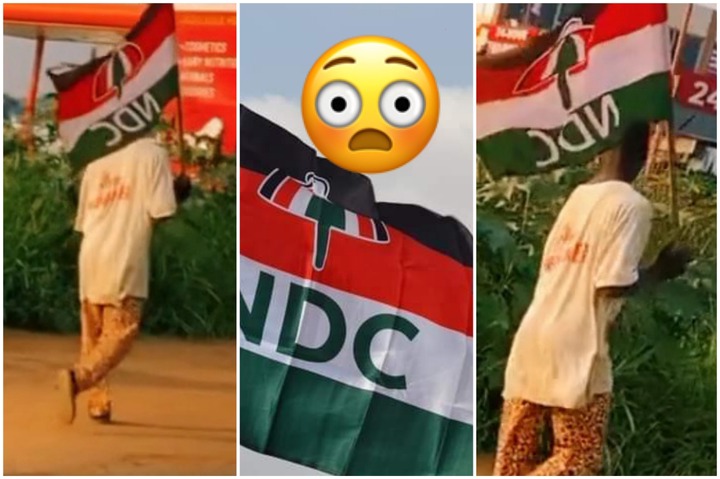 The economic situation currently under the New Patriotic Party (NPP) government led by Nana Addo Dankwa Akuffo Addo is giving hope to National Democratic Congress (NDC) supporters and the party that they can easily defeat the NPP in the next general elections.

In a viral video, a man supposed to be a die-hard supporter of the NDC party was seen holding their flag and waving it on the streets of the capital city of Ghana Accra. People well surprised though it is not time for an election or campaign but it seems this man, in particular, is sending a clear message to Ghanaians that he is tired of the NPP administration.

The crisis in the country includes a high inflation rate, high taxes, and unemployment(most of the youth), and other issues. Ghanaians voted for a better life but the current government couldn’t make it as expected. Periodic protests have been organized and Ghanaians are waiting for the next general election to choose another leader who can help.

Do you believe NDC will win the next general election?