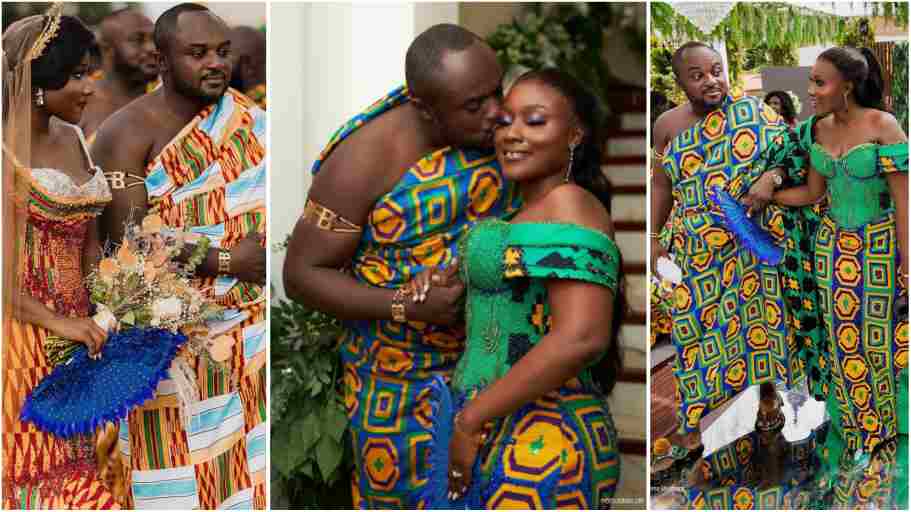 Rumours surfaced on social media on Wednesday, July 6, 2022, that Barima Osei Mensah and Anita’s marriage which happened in November 2021, had hit the rocks.

According to the rumours which have been circulating on gossip platforms, the couple’s marriage had reached a point of no return.

READ MORE :Afia Schwarzenegger opens up about how her feud with Delay started [Watch]

Ghanaian blogger, Cutie Juls wrote: “Our sources said the marriage has been very old school and traditional with so many restrictions from the man to the woman. Fast forward, the man allegedly taps into every woman, especially street hawkers.

“It became so much that Anita at a point felt disrespected and demeaning. Opana sometimes brought in women in his wife’s absence so his 14yr old daughter who stays with the couple also began to disrespect her stepmother

“Several family meetings could not stop a man from cheating. And well, Anita funded more than 75% of the wedding. See in Kumasi, we gathered during our search that even the royal family had on several occasions warned Oga about his womanising habits and that it’s an embarrassment to the royal family but still, he won’t stop.

“This has been happening before he got married to Anita and they thought he will at least tone down after getting married but it got worse.”

In a new video circulating on various social media platforms, the famous couple mocked naysayers for assuming they had divorced only nine months after their wedding.

Anita of the popular Anita Hotel in Kumasi was heard saying, “Atamfo Nyɛ Nyame” which translates into English language as “Enemies are not God.”

The couple laughed after the statement was made while they were casually dressed sitting in what looked like a garden.

READ MORE :Anita Sefa Boakye and Adinkra Pie CEO, All the photos and videos from the 4-day wedding