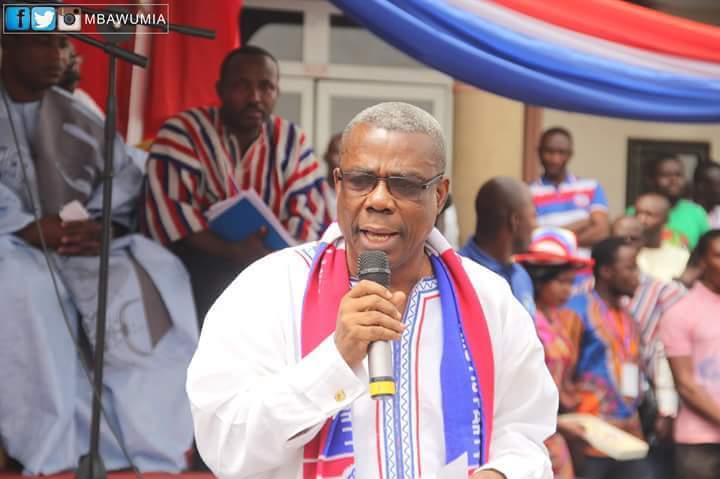 The Chairman of the National Election Committee of the ruling New Patriotic Party (NPP), Peter Mac Manu, has warned that the party will not countenance any act of bribery and vote-buying in its upcoming national delegates election.

According to him, such acts undermine the country’s constitutional democracy and therefore, his outfit will take steps to prevent its occurrence.

Addressing a press conference on Wednesday, Mr Mac Manu said the Party’s leadership has consequently arranged with the Police to ensure that the process is devoid of any happening that could mar the process.

“All aspirants their agents are, therefore, warned not to engage in any untoward behaviour that can be interpreted as bribery or treating within the meaning of the Representative of People’s Law 1992, PNDC Law 284, which are serious criminal offences.

“The National Election Committee has, therefore, engaged the Ghana Police Service who will be on the election grounds to strictly enforce the laws and arrest anyone found to be in the breach of PNDC law 284. There’s a law in this country that covers treating and bribery and we’re going to enforce it”, he cautioned.

In recent times, internal elections across the two leading political parties in the country, have been characterised by widespread incidents of vote buying and bribery.

In a bid to win their respective portfolios, some aspirants woo delegates with enticing gestures. These include cooking utensils, electrical appliances and cash tokens.

This sometimes results in situations, where the highest bidder emerges victorious at the end of the polls.

This practice has been widely condemned by many stakeholders; and at the NPP’s press conference in Accra yesterday, Mr Peter Mac Manu also emphasised that, “we’re suing your medium to tell Ghana and the world that we’re not going to entertain any acts of treating and bribery in our internal elections”.

Meanwhile, aspirants who have been cleared to contest in the party’s national elections in July, are busily embarking on field campaigns and media engagements to convince electorates.

From the mounting of imposing billboards to the hoisting of colourful banners, the qualified aspirants are bent on forming the next crop of executives to lead the party into the 2024 polls.

But amidst the euphoria, a National Chairman aspirant, Nii Ayikoi Otoo, has withdrawn from the contest.

The former High Commissioner and Attorney-General had earlier pledged to respond to the needs of party faithful, if he won the race.

But speaking ahead of the NPP’s National Delegates Conference to be held on July 16, Mr Peter Mac Manu announced that Mr. Otoo has withdrawn his candidature.

According to Mr. Mac Manu, the former appointee made this known in a letter on Monday, July 4, 2022.

“As a result of the diligence of the National Election Committee, no appeals against the nominations of any prospective aspirants were recorded by the National Appeals Committee.

“Ayiko Otoo, who was vying for the position of National Chairman of the party has, however, since withdrawn from the race”, he said on Wednesday.