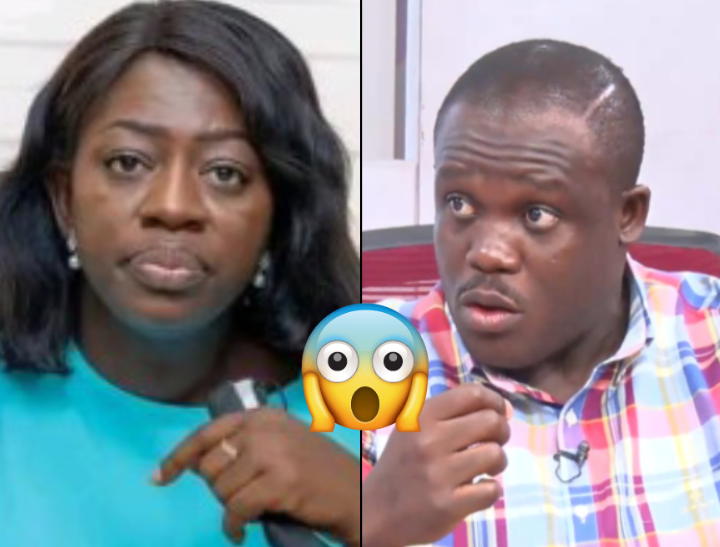 In Sam George’s recent Facebook post, he made it clear to the MP that she should be ready to provide evidences to the allegations that were leveled against him.

“Dear Sheila Bartels MP, MP for Ablekuma North, I hope you have evidence that my Colleagues and I are being sponsored by the LGBTQI community to push our Bill“

“Your allegations are grave and calculated to cause opprobrium for us as sponsors of the Bill. You and your like minded folks would be lay bare as we commence the debates on the floor. Notice is hereby served” he said.

This comes after Honorable Shiela Bartels revealed that Sam George and his team seem to be enjoying financially from the LGBTQ bill. She said the bill, which is led by Sam George has some financial undertones.  She added that the actions of Honourable Sam George and the others is to rather a way to promote LGBTQ in Ghana.

Honourable Shiela Bartels continued and revealed that the fact that some people want the bill to come to the public domain for discussion means they want it instituted. She made this revelation during an interview on Starr FM. 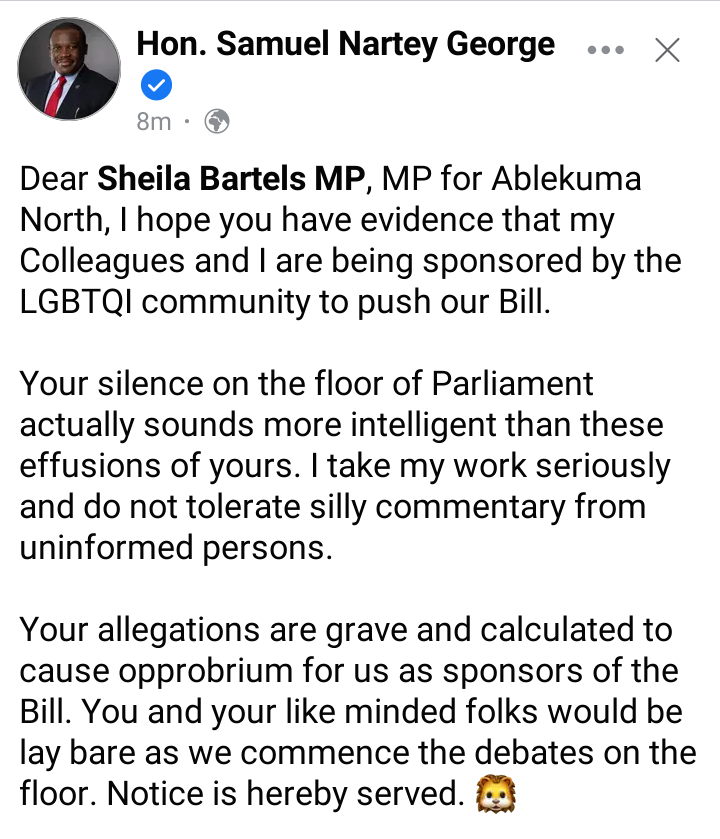