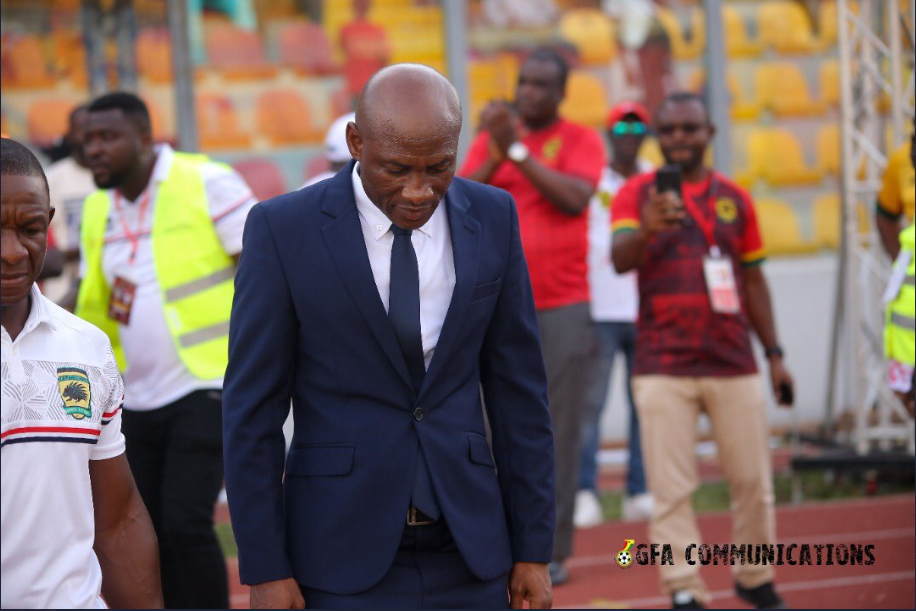 Asante Kotoko head coach, Prosper Narteh Ogum, has revealed that he received offers from foreign clubs but he decided to stay at the club.

Prosper Ogum, having joined the Porcupine Warriors on a two-year deal from West African Football Academy [WAFA] before the start of the 2021/22 Ghana Premier League season, has led the club to win the title.

Kotoko finished the season with 68 points and is expected to steer the team to the CAF Champions League campaign.

Speaking to Cape Coast-based ATL FM, he disclosed that despite being contacted by some foreign clubs, he will respect his contract with Asante Kotoko and stay at the club.

“I have a two-year contract with Kotoko and I will respect it. Although some teams outside Ghana have requested for my services, I am for Kotoko and I love serving them,” he said.

He added that: “I now know and understand my players and vice versa. So I want most of them to stay at Kotoko. [The team] going to Africa although I understand the business aspect of football,” he added.

Prior to his success last season, Ogum managed WAFA and led them to a third-place finish in the 2020/21 season.

He also had stints with Ebusua Dwarfs in the top flight in 2016 and masterminded the qualification of Elmina Sharks to the Ghana Division One in 2013.

Ghana To Borrow Money To Fund All African Games?