If you always have waist pain every time, these could be the causes 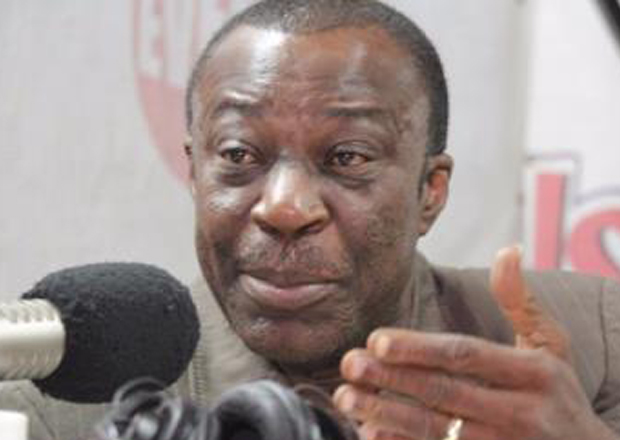 Former Minister for Monitoring and Evaluation, Dr. Anthony Akoto Osei has denied social media report suggesting that he has accused the Finance Minister, Ken Ofori-Atta, and Vice President, Dr. Mahamudu Bawumia of incompetence and running down the economy.

According to him, he is currently indisposed and has not publicly or privately made any comments on the governance of the country to talk of running down his colleagues whom he has great confidence.

His reaction follows an alleged leaked tape trending on social to the effect that he made some statements against the ruling government.

In a viral leaked audio tape, someone purporting to be the one-time Minister of State at the Finance and Economic Planning Ministry under the Kufuor government lamented that the impact of recent economic developments on the New Patriotic Party’s electoral fortunes.

He said in the audio that “Please, let’s forget it, we are not ‘breaking any 8,’ we are going to go into opposition so brace yourselves and stop lying to yourselves. All is not well. We don’t have any men, forget it … we run our mouth that ‘we have the men, we have the men,’ with this team?”

He took direct shots at the Finance Minister, Ken Ofori-Atta and Vice President Mahamudu Bawumia, accusing the duo of mismanaging the economy.

The audio continues that “Ofori-Atta has not done a good job, he is one of the worst Finance Ministers we have ever had. The head of the Economic Management Team, Dr. Bawumia is also as worse as Ofori-Atta. If we sit here and we think that we are going to break the 8, let’s forget it”.

The tape comes at a time government has started talks with the International Monetary Fund, IMF, the team that arrived in Accra on July 5.

The team is expected to agree with the government on a programme aimed at rescuing the economy which is in a downward spiral.

However reacting to the alleged tape, the Minister spokesperson, John Kwadwo Owusu Boal Abito), in a statement said, he has been an avid supporter of the vision of the New Patriotic Party and President Akufo-Addo and so cannot destroy what he is helping in a team of experts to build for Ghana as the current economic crisis is not peculiar to Ghana but believes the bold steps taken by the Government of Ghana will surmount the crisis in the short to medium term.

“The attention of the Office of the Economic Advisor to the President of the Republic has been drawn to a fake and mischievous video making rounds on social media platforms.

Firstly, it is not true and it has never been mentioned anywhere by the Minister advising the president on economic matters of Ghana.

Secondly, it has never been contemplated nor said anywhere by the Hon. Dr. Anthony Akoto Osei is a member of the Economic Management Team (EMT) and plays a pivotal role in the economic management of Ghana.

Thirdly, Dr. Akoto Osei is and continues to share useful advice to the president and that matter the government of his party NPP. He thinks the current global economic challenges make Ghana no exception to the effects of the living crisis. Thus, he supports his government with the bold decision to go to International Monetary Fund for negotiations.”

“Fourthly, He has been currently indisposed and could not have said what the video purports to be coming from him.

Dr. Akoto Osei has been an avid supporter of the vision of the New Patriotic Party and His Excellency, President Akufo-Addo and so cannot destroy what he is helping in a team of experts to build for Ghana!

Economic crisis now has become a global phenomenon and the bold steps taken by the Government of Ghana will surmount the crisis in the short to medium term.

We advise cherished and good citizens of Ghana to disregard the video-making rounds and treat them with the contempt it deserves.

In the meantime, we have entreated the Security authorities to investigate and bring the perpetrators to face the full rigors of the law.

Thank you and be assured of the Government’s management of the economy in these trying times.” The statement reads.

If you always have waist pain every time, these could be the causes