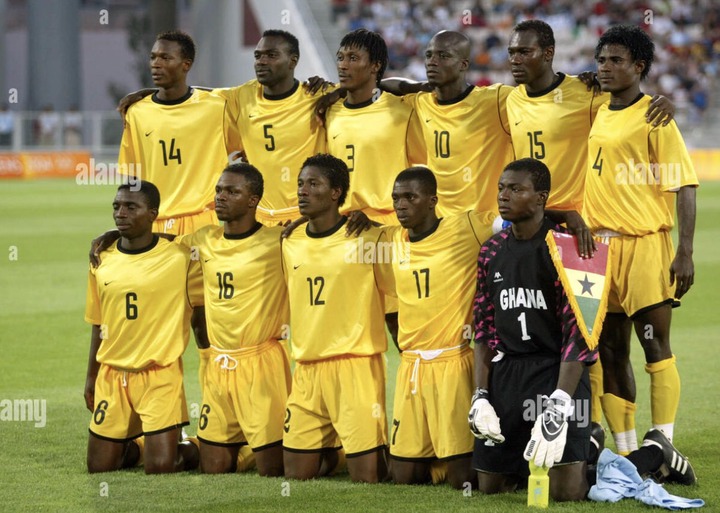 Ghana’s Olympic Team, the Black Meteors used to be highly-rated. They were the first African Team to win a medal (bronze) at the Olympics Football in Barcelona 1992. Ghana missed Sydney 2000 but returned in Athens 2004. That Meteors Team of 2004, coached by Portuguese Mariano Barreto, was one of the most exciting sides of those years. Led by Yusif Chibsah, Ghana topped a group made up of Zambia, Algeria and South Africa to qualify for the Athens Olympics.After an intensive pre-tournament camping in Lisbon where Asamoah had scored against FC Porto and Sporting Lisbon in 2-1 and 3-1 victories for the Meteors.

The stakes were high for the opening game vs Italy which was also a repeat of the 1996 where Ghana won 3-2 in Atalanta.There were some controversies before the team’s opening game. Isaac Boakye, who was one of the key men upfront, was ruled out of the tournament with injury in their final preparatory game.The biggest story was Sulley Muntari being thrown out of camp for alleged indiscipline.But there was more to come. Ghana departed Lisbon and arrived in Greek City of Volos two days before the tournament. Volos was where group B members Italy, Paraguay and Japan would be based.Hours before the opening game vs Italy, Ghana’s Team Manager Owoahene Acheampong had to attend the mandatory pre-match conference where each team would present their team squad, outline match day event and colour of jerseys etc.

Ghana’s jerseys were nowhere to be found.Owoahene nonetheless attended the pre-match meeting. During interrogation, Owoahene, with no jersey to show, surprisingly convinced the officials that Ghana will wear an all-yellow kit but he had forgotten them at the hotel. 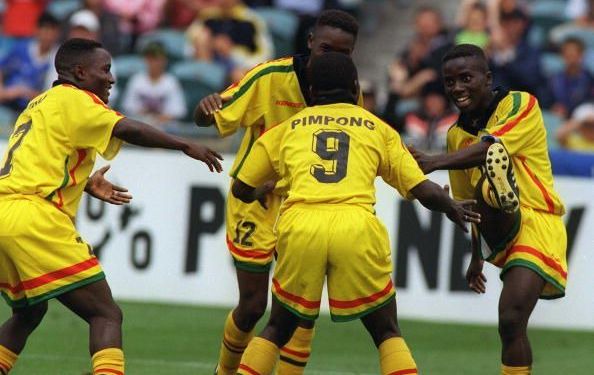 There was no jersey at the hotel.Back at the team hotel, officials were still arguing on who was responsible for the missing jerseys.

Coach Mariano Barreto descended to the lobby and was caught up in the search and blame game meeting. Then an idea occurred to him,Coach Barreto was then sponsored by Nike and when they found out that he had led a team to Athens, Nike presented some training jerseys to him in a box. The jersey were yellow. He counted them and they were 18. Perfect, but they came without shorts and not names nor numbered.Players were resting in their rooms waiting for kickoff the next morning.

The leader of delegation was the experienced Fred Pappoe. He went combing the streets of Volos to find a sports shop to buy yellow shorts and number the kits. There were no such shop in Volos unless Athens. 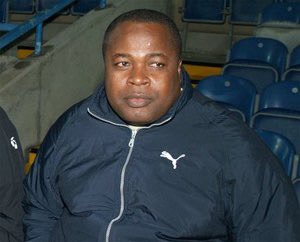 Volos to Athens was some three and half hour journey. Fred Pappoe then hired a cab from Volos to Athens on top speed. Upon arrival in Athens, the only shop where he could get the shorts and print the numbers had closed. The match was 1pm the next day.The leader of delegation then decided to sleep in the shabby hotel just opposite the sports shop and waited for the next morning. He was the first customer at the shop. The yellow shorts had numbers already so they printed the numbers on the kits and back to Volos by 11: 00am. 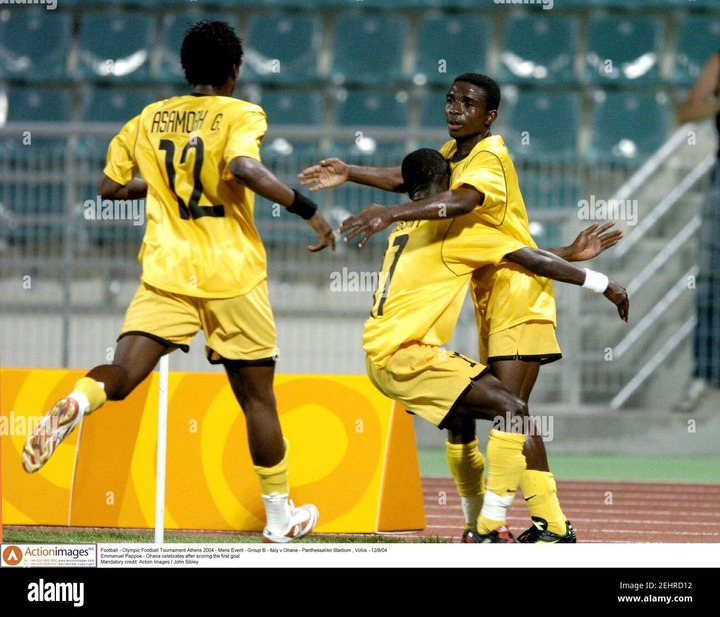 All along, the players didn’t know what was going on behind the scenes. They wore their jerseys in the dressing room & straight to the pitch. They didn’t even notice the shorts had different texture and numbering to the top. They were just ready to play. But what had happened?

GFA Secretary Kofi Nsiah had picked the jerseys produced by local manufacturer Mingle and packaged them to the airport. It was the same night the GFA Chairman Nyaho Tamakloe was traveling to Greece via London to the Tournament. There was a mix up. Kofi Nsiah labeled the cargo with Nyaho’s name hoping Nyaho will carry them along to the team. Nyaho Tamakloe claimed he was completely unaware he had the cargo in his name so when his flight landed in London, he proceeded to Athens with only his luggage.

Before the second game vs Paraguay , the Mingle-produced Ghana jerseys had been traced and brought to Volos. 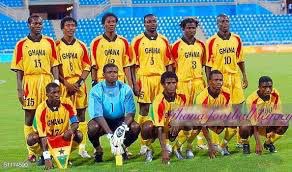 The match ended 0-0 with Ghana needing a draw vs Japan to qualify. Unfortunately, Japan shocked Ghana beating the Meteors by 2-0.Ghana’s Olympic 2004 journey ended but story did not end there.

It is a story that has never been publicly told for 18 years. The behind the scenes of international football. Athens 2004 was eventful and unforgettable for many tales and this is obviously one of them.

Watch the highlight video below

Content created and supplied by: Attah_Godsway (via Opera
News )