It Is Not True; I Cannot Do Such A Thing – Alpha Hour Pastor Speaks About Views Manipulations. 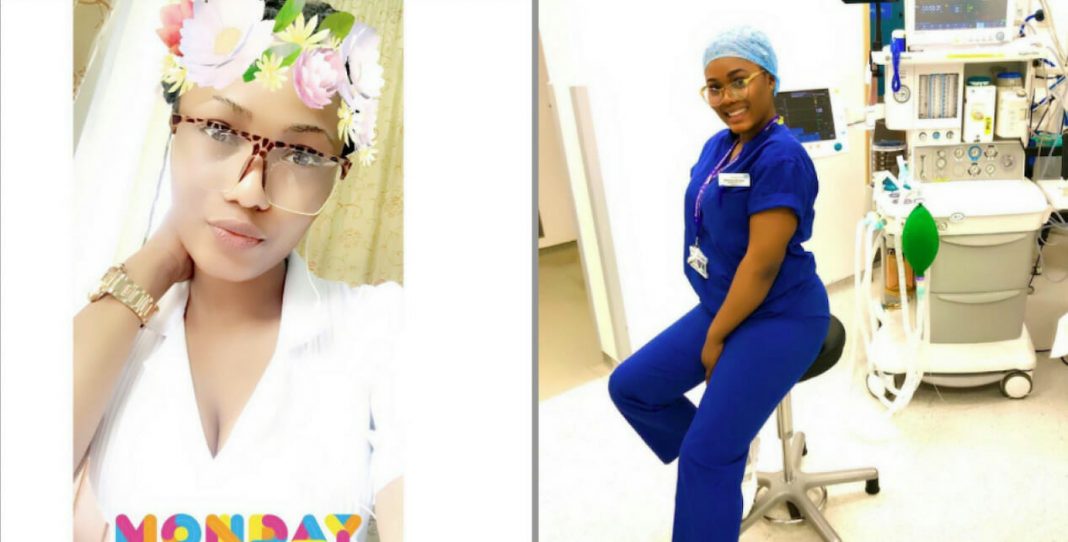 On the Citi Breakfast Show on Wednesday, a Ghanaian nurse who has migrated to the United Kingdom and is currently working there spoke with Bernard Avle.

Before relocating to the United Kingdom, Samuel says he practised for eight years in Ghana.

He explained to Bernard why he decided to relocate to the United Kingdom.

“At the time, things were particularly difficult for nurses. As a result, when the opportunity arose for me to leave Ghana, I pounced on it. Some friends of mine who were already in the UK told me about this chance.

“It can take anywhere from six months to a year to complete the process. The service was completely free of charge. I recently took the IELTS and a few more tests to prove my ability in the English language. Afterwards, I sought admission to the UK NMC. After that, they invited me to come to the nation as well. After that, I looked for a hospital in the United Kingdom. I obtained a visa after receiving a sponsorship letter from the hospital.

As Samuel put it, the circumstances of duty in the United Kingdom are a world apart from what he was used to in his native Ghana.

With our family, we may travel.” My wife and I went together. We didn’t have any difficulty at all. An entire month’s lodging was offered to me for free. We have a midwife in the house! In order to secure a job for herself, she is allowed to go through the application procedure. I’ve been here for three weeks now, and I can confidently state that this has been the best decision of my life. I think every Ghanaian nurse should follow in my footsteps, and this is a great venue to do it. Conditions of service in the UK and Ghana are vastly different. Everything we require is in our possession. At work, I don’t have to worry about what I’m going to eat.

The minimum hourly wage is 12 pounds per hour, and I work twelve hours a day.” That’s not my take-home pay. To get around, I don’t have to spend as much money as I used to. Because my commute to work is 20 minutes away by foot, I do most of my errands that way. I couldn’t save even GH1000 when I lived in Ghana. More than 500 pounds a month (GH4500 in Ghana) is what I can save in the UK, and that’s a lot of money for me.

More than a dozen of his comrades, he said, had followed suit.

He went on to say, “Leadership should have to go the extra mile to have us return.

As a result of this mass migration, the Ghana Registered and Midwives Association has called on government officials to address it immediately.

Earlier this year, the Ghanaian nurses’ and midwives’ union (UPNMG) raised worry about the apparent exodus of Ghanaian health personnel to the United Kingdom.

According to Perpetual Ofori Ampofo, president of the Ghana Registered and Midwives Association, if the government is serious about halting the brain drain, it must “sit up.”

There is no way that I am going to force these nurses to move to the UK.” The working conditions in other countries are far superior to those here in the United States. We’ve been working harder and harder to get the attention of the government on this issue, but it doesn’t seem like anything we do is getting anywhere.

“The government should be on edge as a result of this. Many of these nurses will leave if the opportunity arises. Every day, our nurses and midwives have to improvise. “The government needs to wake up right now,” says the author.

The Union of Professional Nurses and Midwives has joined requests from some public sector workers for the government to pay them a 20% cost of living allowance (COLA).

In order to protect them from the severe economic climate, they claim, the government is providing them with an allowance.

As the union sees it, the government looks to be sluggish when it comes to ensuring the well-being of its workers.

It Is Not True; I Cannot Do Such A Thing – Alpha Hour Pastor Speaks About Views Manipulations.