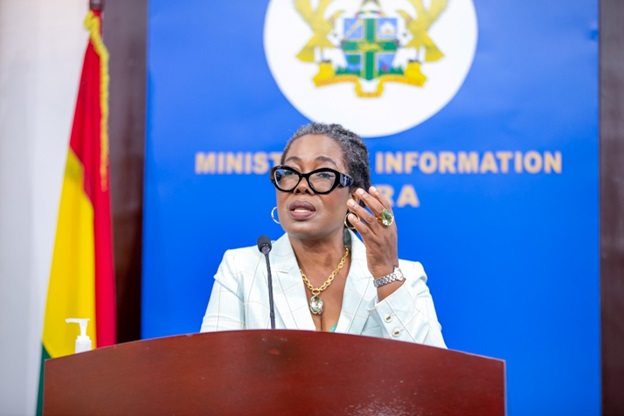 Chief Executive Officer (CEO) of the Ghana Export Promotion Authority (GEPA), Afua Asabea Asare, who announced this during the launch of the report on analysis of the 2021 non-traditional export statistics Tuesday, said the rise in the country’s export for the 2021 year under review shows that the country is gradually making progress in its efforts to strengthen export diversification.

According to her, though the onslaught of the COVID-19 pandemic negatively affected export earnings for non-traditional export commodities, its impact was quickly brought under control as evidenced by the 17 per cent recorded.

According to her, the impressive showing of the non-traditional export sector in 2021 over 2020 was due to a general increase in demand for major processed and semi-processed non-tradition export products, expansion of and optimum running of installed capacities of some major companies, as well as exports by some new One District One Factory (1D1F) companies, adherence to protocols of the ECOWAS Trade Liberalization Scheme (ETLS) by most member states, and relentless trade facilitation efforts by the GEPA under the auspices of the Ministry of Trade and Industry.

Speaking at the launch, Deputy Trade Minister, Herbert Krapa, associated the growth in earnings to the implementation of the National Export Development Strategy that was launched in 2020. He said government took a bold strategic decision to transform the structure of the economy from a raw commodity export economy to a manufacturing economy backed by the policy document.

“Ghana has historically exported mainly raw commodities which have consistently fetched us low prices and insufficient foreign exchange revenues. Meanwhile in destination markets, considerable wealth and jobs are created by adding value to the raw materials we produce here in Ghana. The irony is how we have to buy back these finished products, at high prices, with hard-earned foreign currency.

“To break this cycle, government took a bold strategic decision to transform the structure of our economy from a raw commodity export-based one to a manufacturing industrial export-driven economy. This was backed with the launch of the policy document,” he said.

He said the rise in the country’s export earnings was as a result of government’s policies and flagship programmes, with a strong emphasis on value addition and employment development.