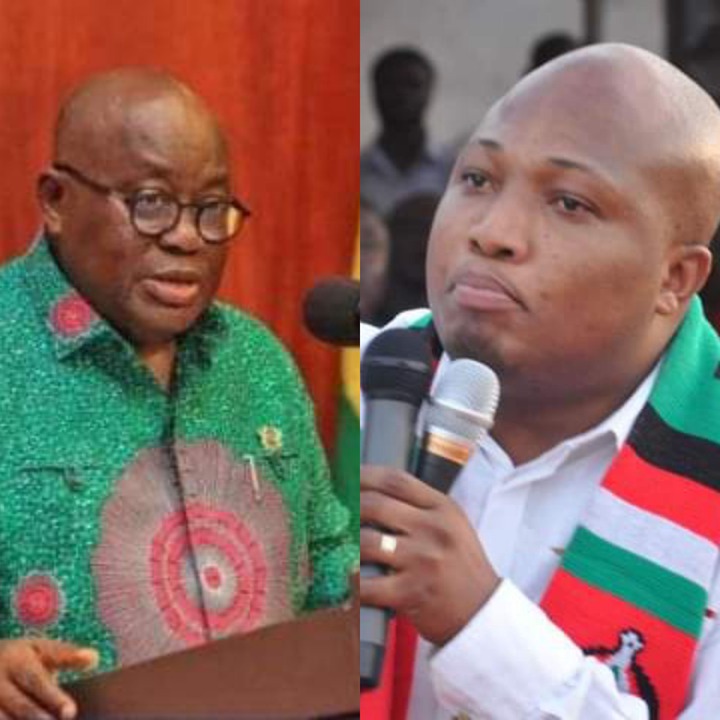 The North Tongu Constituency MP, Hon. Samuel Okudzeto Ablakwa had once again released some documents revealing much controversies about the construction of the National Cathedral of which he says that “there is just no end in sight to the extremely putrefying and ungodly National Cathedral scandal.”

According to him, on the 4th of July, 2022, he decided to make a formal RTI request under Section 18 of Act 989 to the Public Procurement Authority to establish the procurement status regarding the construction of the National Cathedral by RIBADE Company Limited. (See copy of the attached documents).

To everyone’s utter shock, the PPA’s Chief Executive, Mr. Frank Mante, responded in a 5th July, 2022 letter that it holds no information relating to the construction of the National Cathedral by Ribade Company Ltd. (See attached documents). 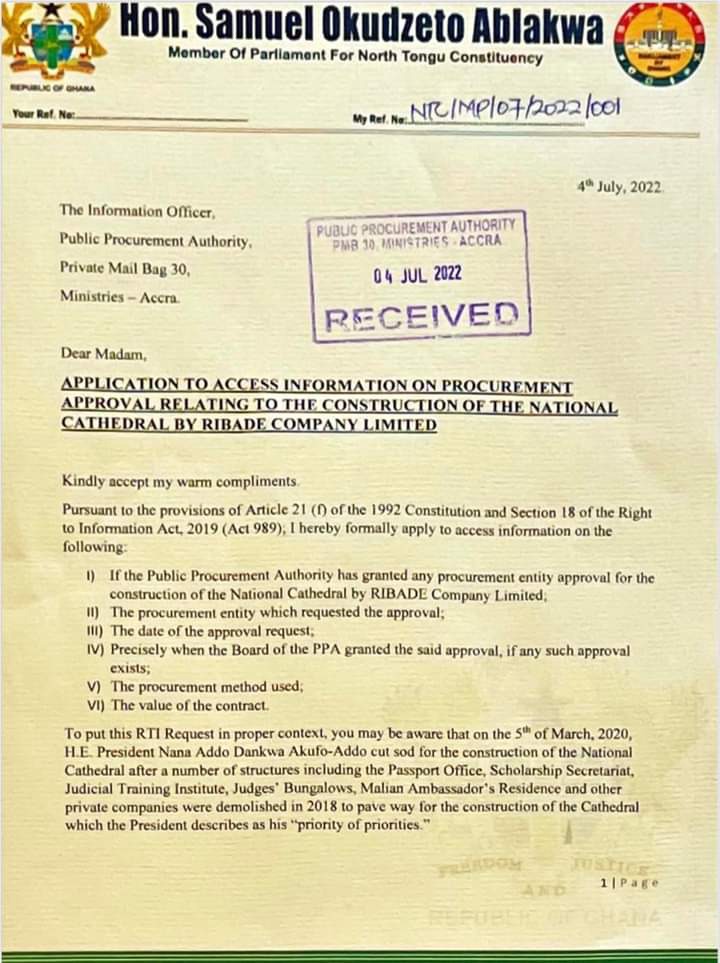 It is absolutely despicable to discover the sinful levels of recklessness and lawlessness which the Akufo-Addo government is exhibiting in the construction of a massive US$400million cathedral which has already siphoned a colossal GHS200million of public funds, albeit unconstitutionally, without any regard, whatsoever, for Ghana’s procurement laws.

Meanwhile, Section 14(2)(e) of the Public Procurement Act, 2003 (Act 663) is unambiguous that state owned enterprises to the extent that they utilise public funds are subject to Act 663. It is also instructive to note that Section 14(1)(a) of Act 663 makes clear that Ghana’s procurement laws apply once the project is financed in whole or in part from public funds.

There is also no evidence that Finance Minister, Ken Ofori-Atta followed due process to make an exception as provided for under the law after my painstaking checks of all Gazette publications as demanded by Section 14(3) of Act 663.

Additionally, it is obvious from the PPA response to my RTI request that their board have granted no waiver or ratification as they may consider under exceptional circumstances.

When procurement laws are not respected and cronies are handpicked in sweetheart deals as in this instant case, there is no value for money, Ghana is shortchanged financially and technically; this therefore explains why the National Cathedral project cost has become a corrupt moving target from the initial US$100million, to US$200miilion, then US$250million, rising to US$350million and now US$400million. 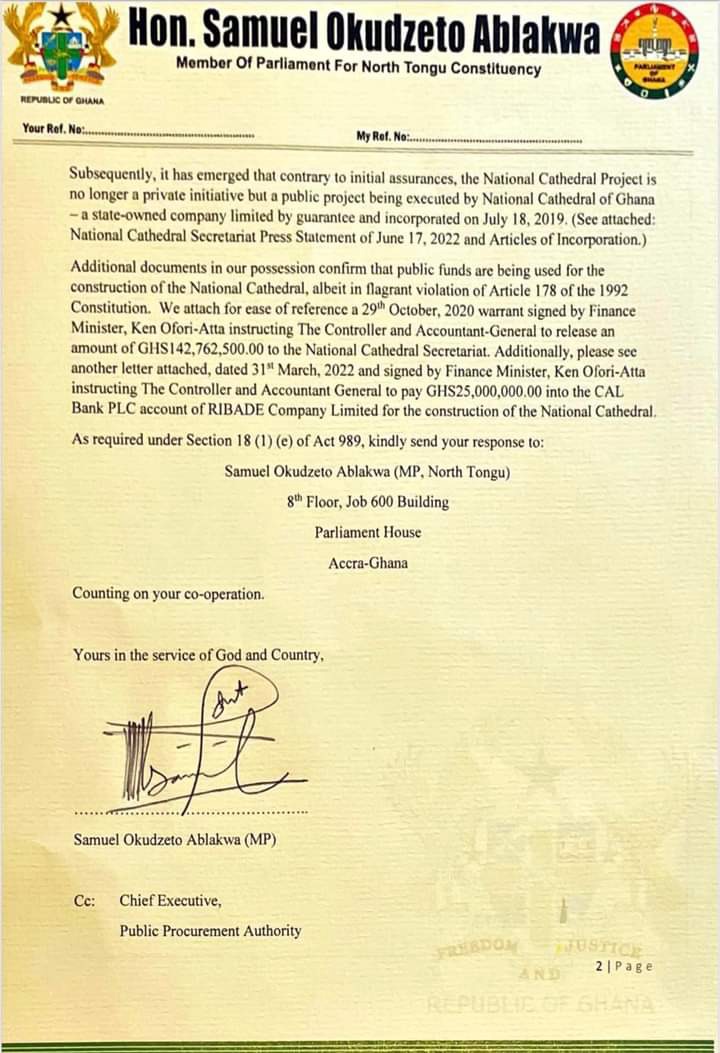 It must not be lost on us that this Akufo-Addo government has prosecuted political opponents and succeeded in jailing some, and then serving as an elated conveyor belt in a conspiracy that removed an Electoral Commissioner from office, all for alleged procurement breaches — none of those procurement infractions measure up to this egregious transgression. 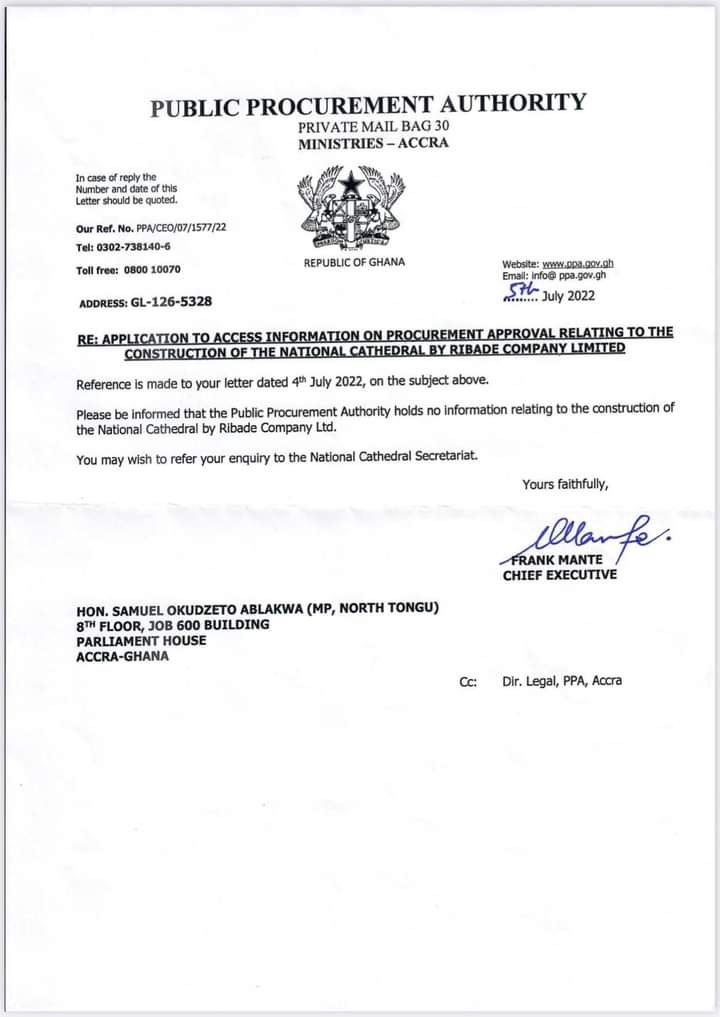