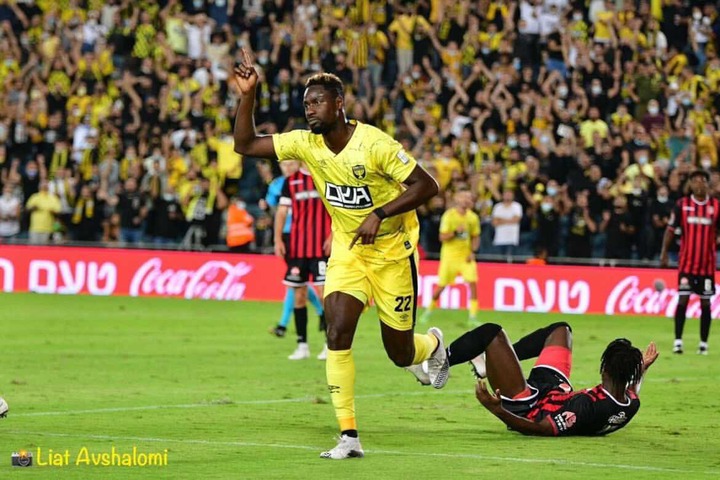 Ghana striker, Richmond Boakye Yiadom, has said that he had his best career moments at Sassuolo and Red Star Belgrade.

The 29-year-old has played for both clubs and the lanky forward has spoken about his time at the two clubs.

“Sassuolo and Red Star were the clubs I enjoyed my career.

“At Sassuolo, even my players sometimes questioned the high level of my performance.

“I sometimes score a goal which beats my own imagination,” Boakye Yiadom told Radio Gold Sports.

“I don’t struggle to score goals if you have followed me critically.

“I have played for the Black Stars in a number of games but I don’t struggle to score goals anytime I’m invited.

“Just put me on the bench and introduce me into a game and within a few i minutes I will score the winner.

“That a gift God has given to me as a football.” Boakye Yiadom told Radio Gold Sports.

Boakye Yiadom has had a roller coaster career having played for five different clubs in Italy top ones like Juventus, Atalanta and Sassuolo.

He has had a loan stint at Spanish club, Elche and spells in Poland, Serbia and China.

He last played in Israel for Beitar Jerusalem.