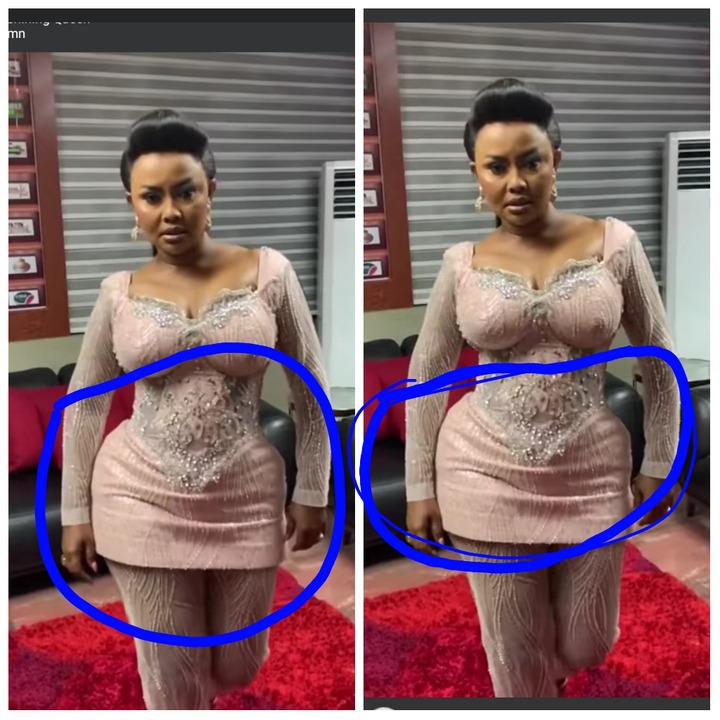 Social media was Divided after Nana Ama Mcbrown posted a video of herself flaunting her Hips in a beautiful dress. This particular video . was seen few months after she underwent an arm surgery.

” I doubt whether she really went for an arm surgery. I have a strong belief that it was on her hips. Its beautiful though. ” One Francisca Nyame explained.

Meanwhile there were those who supported the Empress Nana Ama Mcbrown:

” Whether surgery or not, she hasn’t changed. You Ghanaians talk a lot. It’s her body and not yours. Think about your own life and leave Mcbrown alone ” Kofi Zack disagreed with those who feels that the Empress went for hips surgery.

There were those who also felt that it wasn’t a surgical hips nor natural. However, they feel that it’s a hip pad fixed in Mcbrown’s dress.

“That’s a hip pad. Taking a look at it carefully ” Fidelia Nkrumah said.

” I’m wondering why Ghanaians love to gossip that much ” Ankoma Abrafi added her voice.

I’ve added more reactions below the video posted by Mcbrown. 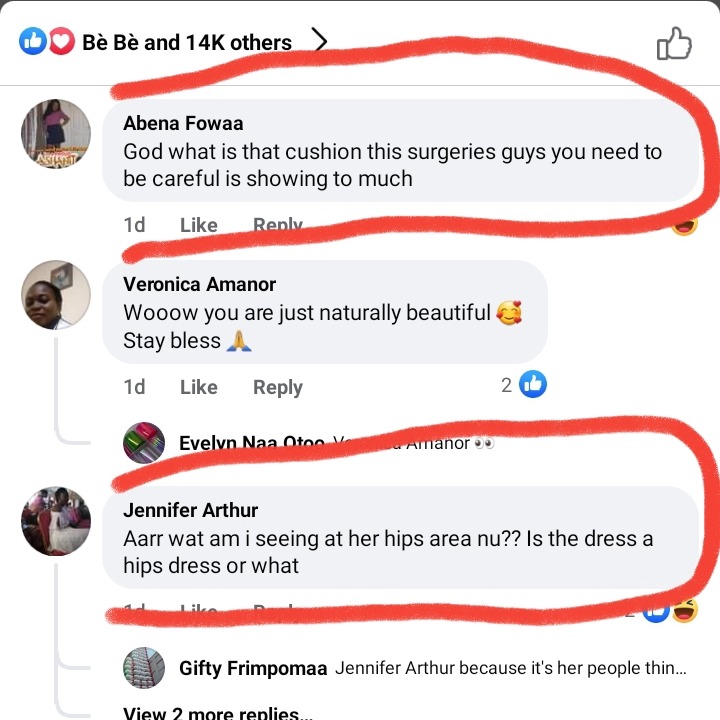