OFFICIAL: Ghana Gets Good News As This Player Gets FIFA Approval For Nationality Switch. 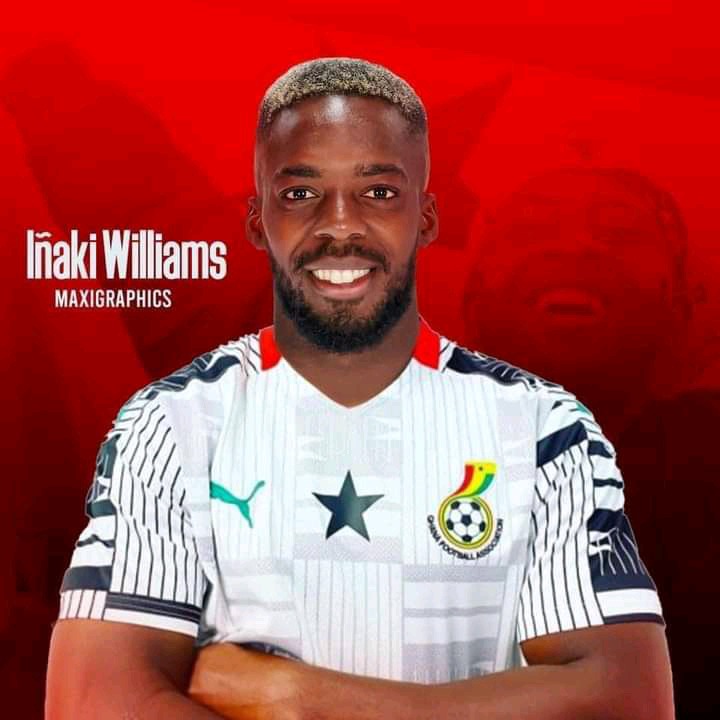 Its now official as Inaki Williams, the prolific forward for La Liga club Athletic Bilbao announces that he is now eligible to play for Black Stars and FIFA has approved his nationality switch.

He said in a new video “Today, a new challenge begins. From now on, I will defend Ghana’s T-shirt. With all my will whilst I give my best. I’m one of the Black Stars”

Iñaki Williams Arthuer, the Spanish professional footballer was formed and nurtured at Athletic Bilbao’s academy, he has made over 300 first-team appearances for the club, a La Liga record of over 200 consecutive games. He won the 2020–21 Supercopa de España. Born in Bilbao, Biscay to Ghanaian parents (who reached Spain by crossing the Sahara on foot and jumping the Melilla border fence), Williams spent most of his childhood living in Pamplona, specifically the Arrotxapea neighbourhood.

Inaki Williams came into limelight when he was playing youth football with local CD Pamplona when he was spotted by Athletic Bilbao, who signed him to their youth setup at Lezama at the age of 18. In 2021 he spoke of the possibility of playing for Ghana: “My parents are from Accra and I really enjoy going. But I wasn’t born or raised there, my culture’s here, and there are players for whom it would mean more. I don’t think it would be right to take the place of someone who really deserves to go and who feels Ghana 100%.”

Although some Local media interpreted this as a rejection of any approach from the Black Stars, however this Young talented footballer is ready to defend his country in the world cup in Qatar this year.

Content created and supplied by: YoungBlog (via Opera
News )