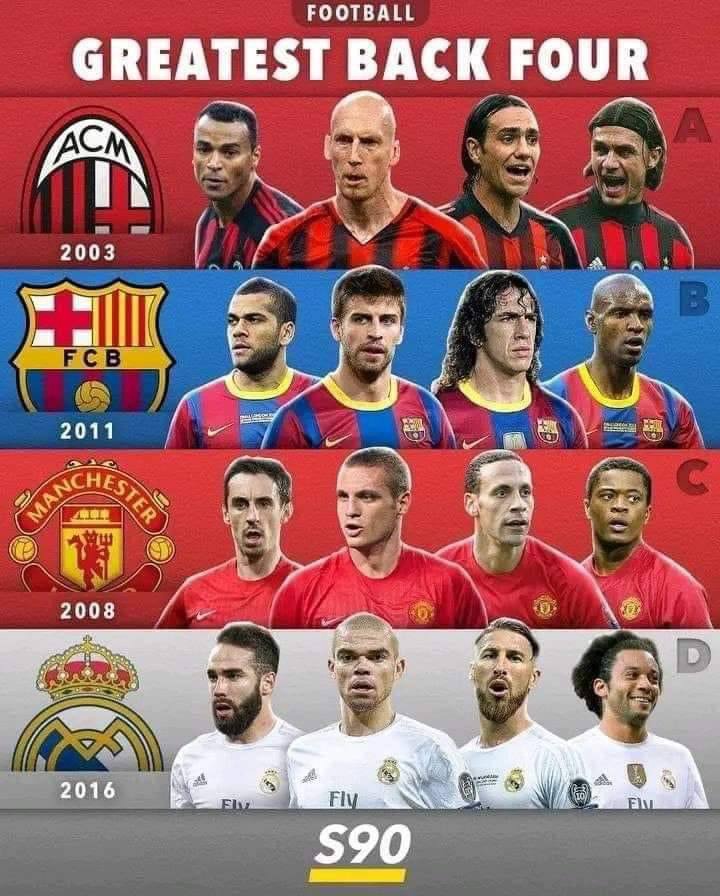 For a team to be good, it must have a good defense in other to prevent strikers from scoring and also win more matches.

Here are the all time best four backs in the history of football:

In the early 2003 we had a great four backs in the Italian seria A, they played for Ac Milan. They are Cafu, Campbiasso, Nazario and Gatuso, they were outstanding doing their stay at Ac Milan.

They help them to win more trophies.

The next four backs were in 2011 they are Carlos Puyol, Gerard Pique, Daniel Alaves and Eric Abidal. They also helped Fc Barcelona win more matches and trophies and also go unbeaten for 20 Matches.

The next four backs is that of Real Madrid, they had Pepe, Dani Carvaljal, Sergio Ramos and Marcelo, they were also amazing by helping Real Madrid win the champions league and the laliga title for two consecutive seasons.

These are the best four backs in the history of football.