Going To IMF Is Not A Crime; We Are Not In Normal Times – NPP MP 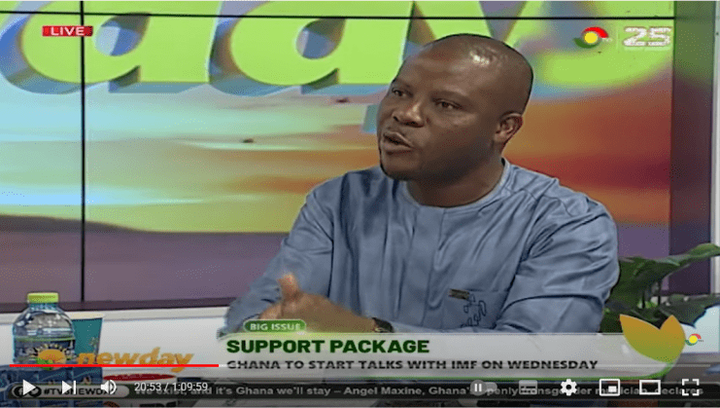 The adverse consequence of the Covid pandemic as well as the continuous Russia-Ukraine battle on worldwide economies ought to be considered carefully, Individual from Parliament for Bortianor-Ngleshie Amanfro, Sylvester Mathew Tetteh, has said.

He expressed this while legitimizing the choice by the public authority to go to the International Monetary Fund (IMF) for help, on TV3’s New Day show with Johnnie Hughes Tuesday, July 5.

Mr Tetteh said the fundamental resistance Public Popularity based Congress (NDC) reserve the option to insult the public authority for going to the IMF when it said in the past that it will not.

In any case, the truth of the matter is, he said, the world isn’t in typical times consequently, every nation is tracking down roads to get by.

“Going to IMF isn’t wrongdoing, we are an individual from the IMF, I have expressed that at many events. Thus, for my purposes, the NDC, they have the gloating right to say that we said we’re not going to the IMF and today you are in the IMF. On the outer layer of it, they reserve the privilege to gloat with it .”

He added, “We are back to the IMF since we are not in typical times, no one ought to make light of the impact of Coronavirus 1-9 and afterwards Russia-Ukraine war.”

The Public authority on Friday, July 1 declared that it was looking for help from the IMF.

The Service of Money has declared in a proclamation that the designation from the IMF is booked to show up in Accra, today Tuesday, July 5.

Resulting of the mandate by the Leader of the Republic of Ghana, the Service said it has initiated commitment with the Fund to help Ghana’s financial program.

“As per this, a designation from the Fund is booked to show up in Accra on Tuesday fifth July 2022, to begin face-to-face gatherings with the Public authority of Ghana on Wednesday sixth July 2022.

Content created and supplied by: ghupdates (via Opera
News )