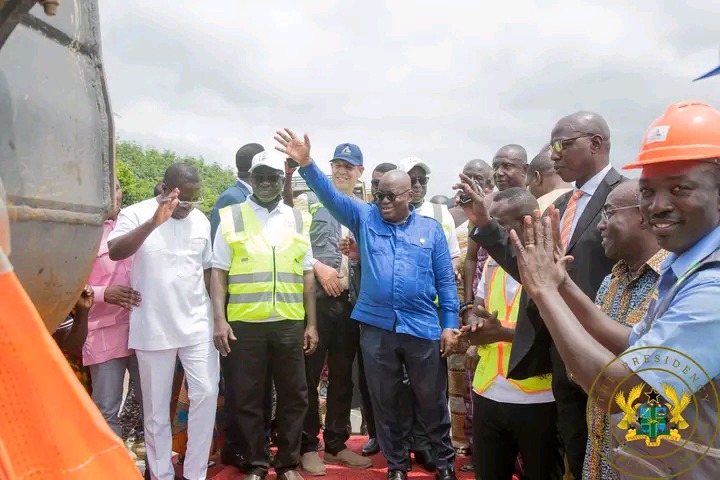 The president of Ghana, Nana Addo Dankwa Akuffo Addo has dropped some pictures on his social media page to show what his government is doing in terms of Infrastructural development.

This project is about the construction of a railway line from Manso To Huni Valley. The distance between these towns is about 70km. The project is said to be completed in the next 42 months(three and half years)

“The Manso to Huni Valley Railway Line is an integral part of the series of infrastructural projects lined up to expand the provision of railway services.”

“Key amongst the rail projects, currently on-going are the development of a new standard gauge railway line between the Port of Tema and Mpakadan in the Asuogyaman District of the Eastern Region. This project has reached an advanced stage of completion, and will soon be handed over to Government for operation” he said. 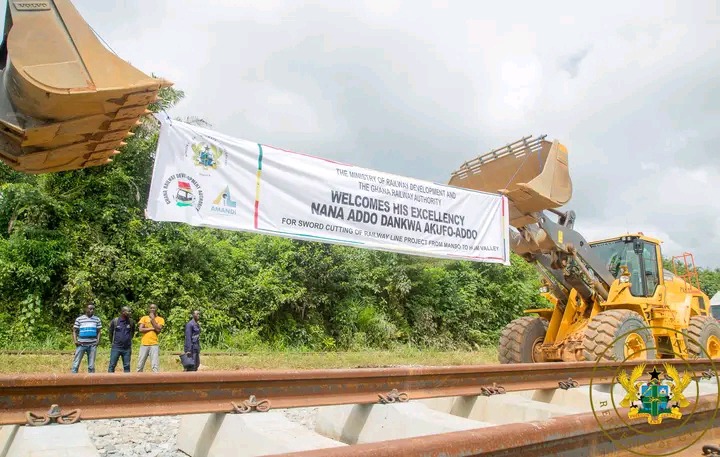 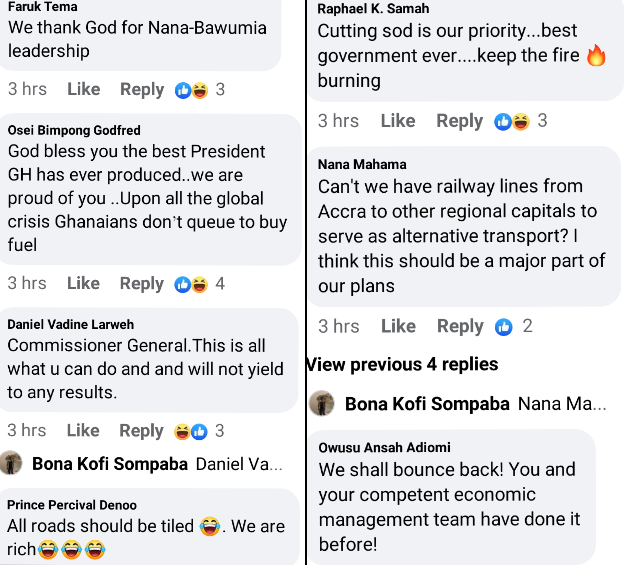 From the reactions above, some Ghanaians believe that the country will surely bounce back to its feet. Others heaped praises on the president for staying focussed on the tasks ahead and ignoring criticisms from the NDC. Others also revealed that the project was needless when the citizens are hungry.

Tell us your opinion on this by commenting below.