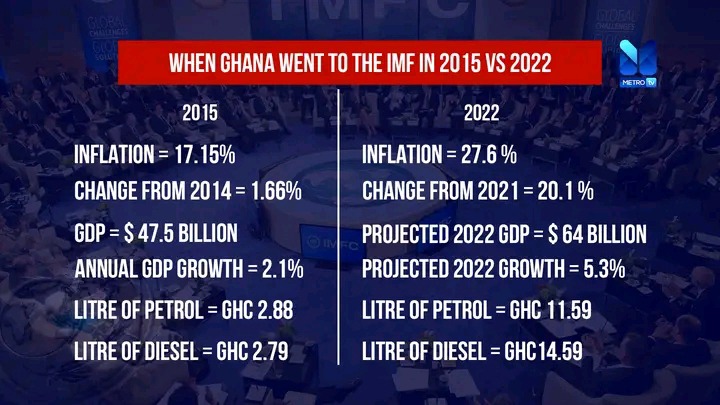 Metro TV Ghana has dropped a chart to show the conditions in 2015 and 2022 which led to the government of Ghana to seek for a bailout at IMF.

The NDC, which was led by John Dramani Mahama in 2015 went to IMF for financial and bailout. The incumbent President, Nana Aluffo Adso, who happens to be a member of the NPP has also instructed his Finance Minister, Ken Ofori Atra to visit IMF for a bailout as well.

The chart which shows the situations in the economy that made John Mahama and his team to visit IMF in 2015.The same chart also shows the current conditions which has made the NPP government to visit IMF for a bailout.

It could be seen that NPP have negatively been affected in all sectors in the economy. Inflation rate is higher than that of 2015. Litre of diesel and petrol are far expensive than that of 2015. Government has tagged these hardships on the covid-19 pandemic. They also made it clear that John Mahama in 2015 went to IMF because of mismanagement but NPP is going to IMF because of pandemic.

Below are some reactions on social media. 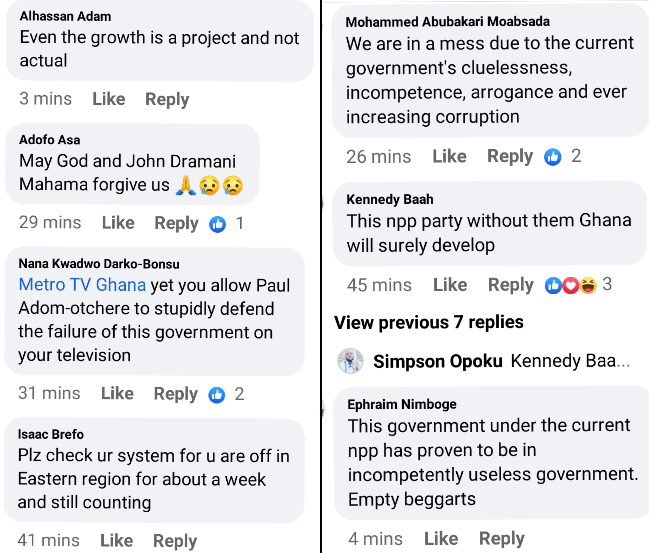 Sack Him From The Studio, We Don’t Want To See Him Again – Ghanaians Tell Randy Abbey