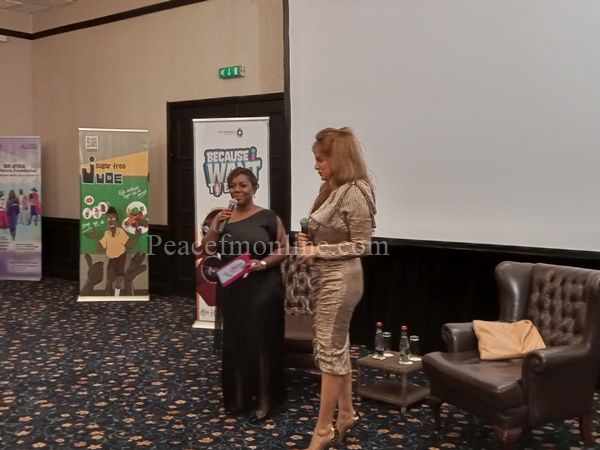 The official launch of the “Our Africa by Merck Foundation” and “Because I want to Be” TV programs took place on Sunday, 3rd July 2022.

The “Because I want to Be” TV program was initiated by the First Lady, Rebecca Akufo-Addo. It is a platform used to reintegrate girls who drop out of school back into the classroom or assisted to acquire an income-generating skill.

The “Our Africa TV show” on the other hand, was conceptualized, directed, produced and co-hosted by Senator, Dr. Rasha Kelej, CEO of Merck Foundation.

Speaking at the launch which was held at the Labadi Beach Hotel, Dr Kelej said her aim for the show was to reach a large audience with messages that concern women’s health and wellbeing. The TV show, therefore, aims at being the voice of the voiceless and breaking the silence about many critical and sensitive social and health issues in Africa.

Winners of the awards exhibited their designs which all had a story to tell.

Below are some of the pictures