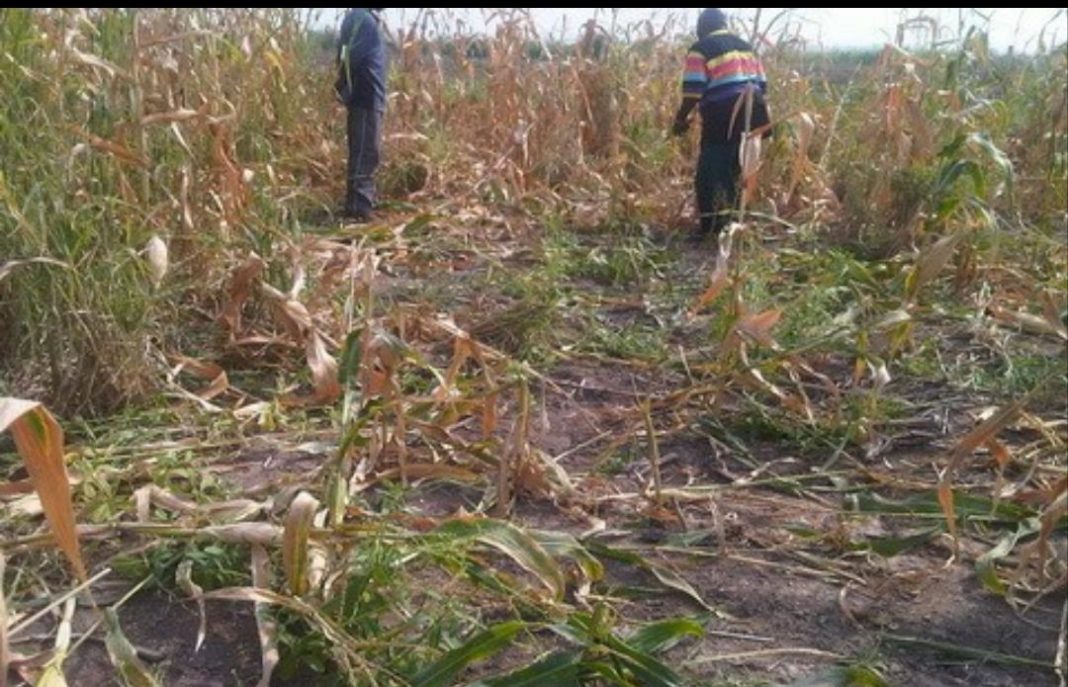 Farmers in and around Nkwanta South District of the Oti Region have expressed their readiness to resist Fulani herdsmen’s activities on their farms at any cost as a result the way and manner state security agencies in their area have handled cases of farm destruction reported to them.

According to them, the activities of these Fulani herdsmen in their area are now out of control to the point that if nothing is immediately done to reverse the situation it could plunge the area’s relatively calm atmosphere into chaos.

They said the activities of these Fulani herdsmen have seen almost all the indigenes farmers in the area lose their food crops worth several thousand Ghana Cedis. They continued that the situation doesn’t look like it would end anytime soon because several attempts to get state security agencies in the area to help resolve the challenge has not yielded any result.

A farmer from Pai-Katanga in Krachie East, Tetteh Yaw, who is one of the farmers seriously affected by these activities, narrated how some cattle from a kraal of one the Fulani herdsmen in the area completely destroyed his ten acres farm. He added that after several days of investigation he was able to find out the very kraal the cattle came from and subsequently reported the matter to the area’s police.

“I reported the matter to the police when I found out where the cattle came from. I was asked to write my statement which I immediately did and mentioned to the police who was behind it, a Fulani herdsman. He admitted the crime when the police invited him but ended up telling the police he could not pay the GH¢10,000 I requested for the entire destruction of my 10 acres farm and rather mentioned that he could only pay GH¢ 2,000” Tetteh Yaw remarked.

Tetteh Yaw stated that prior to going to the police to report of the destruction of his farm, he has been told by other farmers who experienced similar thing that the matter being reported to the police was not likely to yield any result and alleged that the Fulani herdsmen have always boasted that the police would not prosecute them because they will offer some cattle to get matters involving them settled at the police station.

According to Tetteh Yaw, in spite of the fact that the matter was with the police, he as the complainant rather was neglected by the police with the Fulani herdsman insisting that he would not pay anything more than the GH¢2,000; an amount of money that was paid in bids which included sometime a hundred Ghana Cedis as part payment for the destruction.

Continuing he told this news portal station that he is not the only farmer who had suffered the same fate and added that there are a lot more farmers who have experienced the same thing.

He warned that if nothing is immediately done about the situation the peaceful atmosphere of the area would be plunged into chaos because some farmers are contemplating on resisting the them at all cost.

He expressed surprise at the attitude of the local police and some members of the military team in the area who he accused of neglect in their quest to have produce from their farms protected.

“It is an open secret in this area that the Fulani herdsmen give out some cattle to these policemen and the military to ensure that they are not arrested or prosecuted when their cattle destroys a farm. What is happening is gradually making these claims look true. It is a shame what is happening here, Ghanaians being treated this way in our country” Tetteh Yaw commented.

He has therefore called for a drastic measures that would put an end to it to avoid what could turn out to be dangerous for both parties thus the farmers and the Fulani herdsmen.