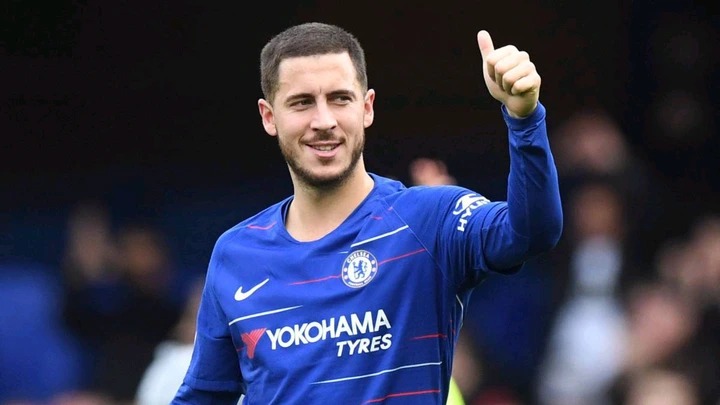 During his time with the west London side, Eden Hazard, a former forward for Chelsea in the Premier League, was regarded as one of the league’s best dribblers.

When it came to betting defenders, the top player from Belgium excelled, especially in one-on-one situations. On the field, Hazard would exhibit skills that were captivating to see, which helped Chelsea supporters fall in love with him.

While playing for Chelsea, the 31-year-old was able to score goals, provide assists, perform fantastic dribbles, and decide games for the Blues. During his time playing with the Blues, he was purely entertaining on the field.

He was regarded as the best player in the Premier League at the time because of the enormous impact he used to have on games when playing for Chelsea. The Belgian forward left in 2019 to join his dream team after transferring to Real Madrid in that year.

Chelsea has never had a top player, hence the team has never been successful. They haven’t seen a player with Eden Hazard’s level of fantastic dribbling skill since Thomas Tuchel took over as head coach.

One player has benefited from the German manager’s guidance at Stamford Bridge, thanks to his magic touch. This guy, whose playing style is similar to Hazard’s, has developed greatly under the German’s guidance. English midfielder Mason Mount has been playing offensive football that resembles Eden Hazard’s, especially in terms of his dribbling.

He has been a great dribbler while he has been playing the number 10 position, and opponents and defenders have generally struggled to stop him in games. He has swiftly emerged as one of the club’s most important players and has been crucial to the team’s recent match victories.

Mount overcomes the opposition faster than they expect, which creates an opportunity for Mount to score a goal or receive a fantastic assist like Eden Hazard. He will play a significant role for the team and could surpass Hazard in terms of success.

Thank you for taking your time to read and assimilating the article I have written above, please don’t hesitate to like, comment and share this article with your friends and family members in various social media platforms.

Content created and supplied by: Sony-Flower (via Opera
News )