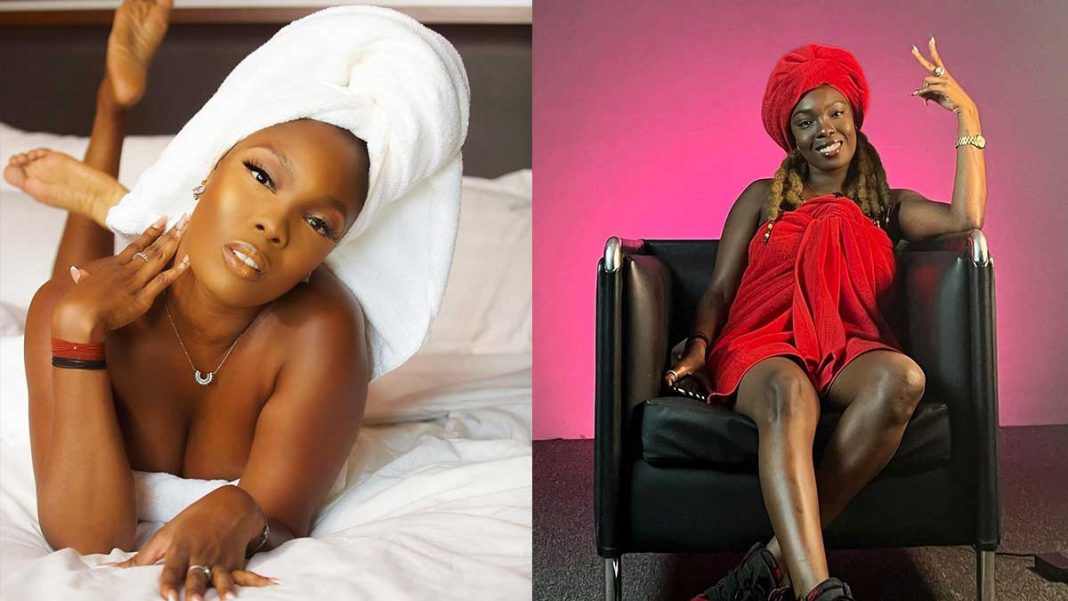 Afropop artist Feli Nuna stated that a possible investor wanted to have sëx with her in exchange for his promise to support her music financially.

The “Towel” singer revealed in a July 4 interview with Hitz FM that the aforementioned wealthy man had assured her that he would support her in achieving her goals, but only if she consented to often engage in sëxuäl activity with him.

But she told the presenter that she would not accept the offer.

“I had someone who told me he wants to be my godfather because he will be working with me closely, but he has to sleep with me. He said it was to break the barrier and familiarize with me, so we have to do the work.”

On United , Feli Nuna and social commentator Kwame A-Plus got into a fight over the same topic.

A Plus had questioned Feli’s boyfriend’s involvement in her musical career, saying she shouldn’t expect anyone to invest in her if he won’t.

You have a boyfriend who does invest in your career but you want someone else to invest in you but if they say they are interested in you, you have a problem with that?”

Feli Nuna responded that his partner is not an investor since she was offended by his remark.

“My boyfriend is a proud Poet and a Research Scientist. He is not an investor even though he sponsored one of my music videos. He has sense more than you (A Plus). He supports me as his woman. He is not into the music business, my job as a musician has nothing to do with him. When I go to an investor or go to a label, it is me as Feli Nuna that is going and I am going as a professional musician. I am not going for you to come and have a personal interest in me or sleep with me before you help me or work with me.”